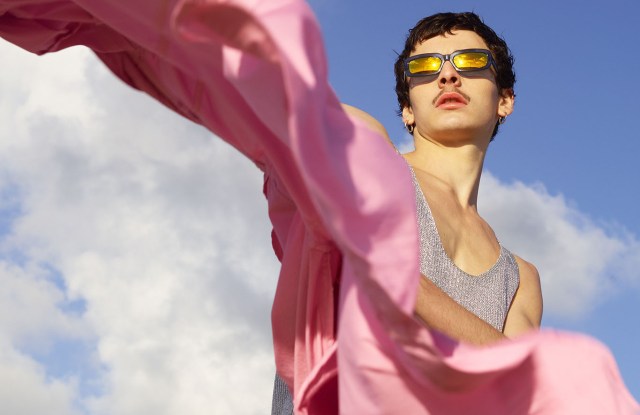 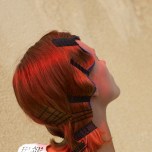 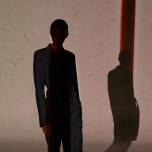 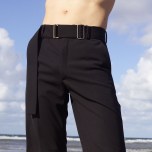 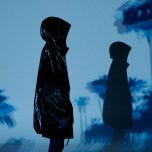 Beauty. God knows, the world needs it. But what expressions of beauty make sense for fraught times? For Dries Van Noten, the answer is clear. “It has to be beauty that gives energy, not the beauty that makes you think or dream or long for the past and things like that,” he said during a preview.

That’s the mind-set Van Noten brought to his spring collections for women and men, which he designed together, an approach atypical for him. “I just want to make clothes for people, beautiful things, and at the end, I don’t know if it goes in the men’s or the women’s,” he said. “That was quite liberating also for the [design] teams. It was like one big blur, a very, very fun blur.”

Perhaps so, but there’s nothing fuzzy about Van Noten’s perspective. His clothes pulse with a clarity grounded in his razor-sharp vision of chic reality, realized by his distinctive codes — color, print, embellishment, layerings — each element highly considered, no matter how casual the mood. For spring, Van Noten channeled those codes in a deliberately simplified manner. The results: an inviting lineup, filled with the energy and optimism the designer set out to capture.

Van Noten decided early on that he wouldn’t produce a fashion show for digital presentation. Instead, he enlisted Viviane Sassen, whose work has long found its way onto his mood boards, referenced for its graphicism, directness and interplay of modernism and tradition.  At the same time, he came upon the work of artist Len Lye, an early experimenter with art in motion. Lye did stunning color work on film as early as the Twenties, painting directly on celluloid for effects that presaged Sixties psychedelia.

Van Noten found himself drawn to the audacity and movement of Lye’s work. He contacted the artist’s New Zealand-based foundation, and collaborated with it on his many patterns — palm trees; red-hot evening sun; heady, undulating graphics; the text of an essay, written in script. These play into the sporty mood, one that celebrates getting the heck out of the house. “Positivism, energy, going out, beach. So, summer, enjoying life,” Van Noten said, noting that even if COVID-19 continues to dominate our lives into next summer, “you can dance on your own.”

And look great doing it. Van Noten started with a spare, somewhat strict approach. Bermuda shorts — a major theme — and a jacket herald the less-is-more construct in a collection that at its core is about a range of terrific wardrobe-building pieces.

There’s a bounty of outerwear in trenchcoats, parkas and crisp, loose jackets; shirtings in traditional cottons and luminous transparencies; texture in mesh T-shirts beautifully simplified, tone-on-tone embroideries; simply cut dresses, in both slim and breezy variations, and, in deference to the beach mode, swimsuits. Van Noten combines the varied pieces, textures and patterns in masterful layerings, the bravado of which never turns forced. And, because simplicity is a mood, not a mandate, interjections of colorful, swirled, ruffles on a coat and top add a dose of froth.

That mood came easily to Van Noten. “I’m always quite down-to-earth,” he said. “For me, it was a good challenge to create emotion with less.” Emotion, energy and smart, upbeat clothes — a happy trifecta for tough times.