The mood is "more fancy-relaxed and cool clothes than high-heels," the designer said. 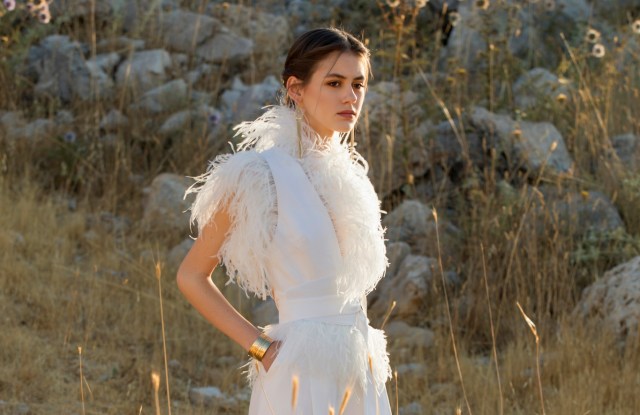 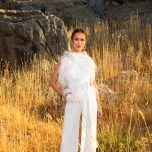 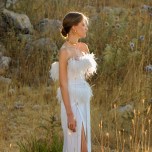 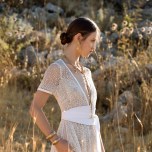 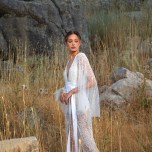 In a historically challenging year, Lebanon has seen more than its fair share of hardships.

An explosion at Beirut’s main port on Aug. 4 killed 200 people, injured 6,000 more and ravaged neighborhoods and businesses already reeling from the coronavirus. The country is now bracing for a second wave of infections on top of escalating political and economic crises. But the fashion business continues to persevere.

“We’re managing,” said Elie Saab on a call from Beirut, explaining that damage to his atelier from the explosion was repaired within two weeks, allowing the team to get back to work producing couture, which he showed via look book two months late, and now ready-to-wear, which he presented via a short film during Paris Fashion Week.

Business in his shops is down, “but haute couture is the same,” Saab said. And he has high hopes for his new spring rtw, which harnesses the power of positive thinking to suggest we will be out of seclusion by spring, in time for a romantic, outdoorsy adventure.

“It’s a celebration of life,” he said of the film, shot in the hills of Mount Lebanon near his country home, featuring a group of models, sans masks, coming together to enjoy a day in nature — while wearing some gorgeous clothes.

As peppy as his grass greens, sunshine yellows and fuchsia pinks were, and that stunning short-sleeve floral-embroidered tulle gown with black-and-white waistband that had the ease of a T-shirt, there was something about the all-white looks that struck a chord: a strapless gown framed in feathers for a screen siren, and an easy, short-sleeve, ground-sweeping crochet lace dress for a more earthy glamourpuss. A classically elegant white shirt with cinched puff sleeves, worn over a wide belted black ball skirt, looked timeless, as did a pair of draped, rose-gold sequin goddess gowns.

Saab has a way with jumpsuits, and there were a lot to like, including one in a black translucent tulle with jet crosshatch beading that would seem Hollywood bound. A pants suit in pale blue with rosette embroideries was also charming.

The mood is “more fancy-relaxed and cool clothes than high-heels,” the designer said, acknowledging, “It’s a very critical period now. The atmosphere is very heavy and we have a lot of problems as a country. But Lebanese people always find time to be happy and celebrate life.”

Including the designer, whose son and company chief executive officer, Elie Saab Jr.  and his wife, Christina Mourad, welcomed their first child, baby Sophia Saab, this month.  “I’m so happy about that,” the proud grandpa said. “She’s so beautiful.”