For Marie-Christine Statz, showing a little vulnerability was a sign of strength. 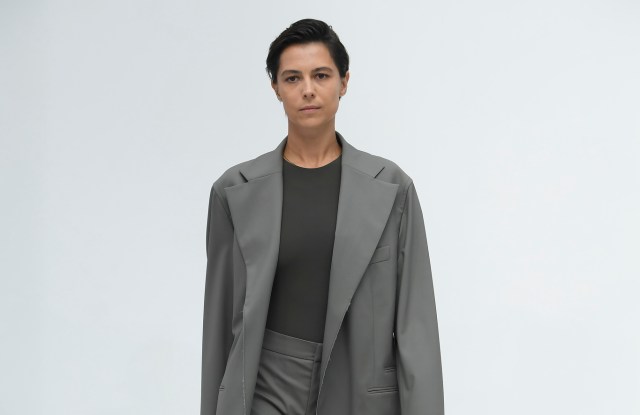 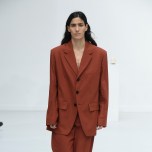 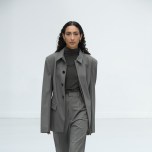 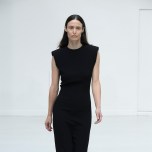 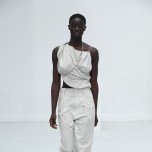 Marie-Christine Statz felt it was time to reveal a softer, more vulnerable side to Gauchere. To wit: She staged her socially distanced show at the Espace Commines as a “decompression ceremony” scented with burning palo santo and to the sound of shamanic drumming by “energy ceremonialist” John James.

Rituals aside, her tailored uniform took on new dimensions. Worn roomy to leave breathing space for the body, several suits were worked with panels of fabric that were ruched into what she described as “bubbles” and treated in tone-on-tone linen and suiting fabric. Others showed a more literal feminine side with patches of lace.

Backless bodice pieces looked to be casually draped and tied on with super-thin straps. But as the form recurred again and again, it turned out they were just as precise as Statz’s sharply tailored suits.

Her broad shoulders and cinched waists, house signatures, were accentuated, sleeveless dresses given capped, padded shoulders, while shirt-like suit jackets, with a single button at the neck, hugged the waist and flared on the hips over pants so big they trailed the ground. Comforting earthy tones like russet and stone blue accentuated the juxtaposition of rigor and gentility that made for a particularly appealing proposition this season.