The designer named his community of E-boys and girls as the muse of his spring collection. 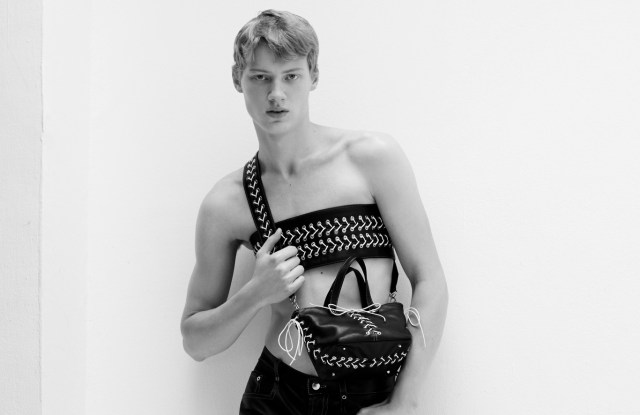 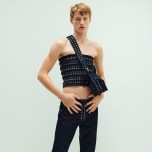 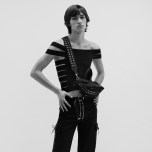 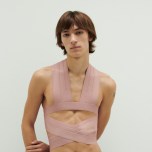 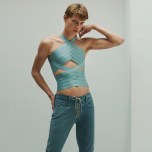 There might not be many certainties in 2020, but Ludovic de Saint Sernin had one conviction: The unwavering support of his followers and fans. So this fervent following was also his muse this season, giving the designer a bottomless well of visual inspiration.

“The idea was to pay homage to this community that is dear to me and has grown organically at the same pace as the brand. After everything that’s happened this year, we realized that they were the people we could count on,” he said during a showroom appointment. So what if it was late October before he revealed his full spring collection? In the meantime, they’d had a fashion film romance in June, and a Paris pop-up during the women’s collections in September, a format de Saint Sernin had chosen over a show to allow for in-person interactions.

To his usual sensual fare of lace-front briefs, the bandage tops à la Hervé Léger (for him), dazzling cage skirts (for her) and thrillingly abbreviated shorts (for whoever dares), the cues taken from TikTok boys and E-girls brought an increased sense of real-life wearability, thanks to easy shapes of tube tops and cargo pants, rainbow-hued knitwear and denim, a new category for the brand introduced this season.

Add to that a dash of bedazzled and cropped sportswear as well as a four-piece capsule adorned with sensual drawings by Jack Taylor Lovatt, a London-based illustrator he met over Instagram (where else?), and the overall lineup ended up feeling both iconic Nineties and pitch-perfect for now.