Inspired by tango and sealed with a loving kiss, John Galliano and Nick Knight delivered a masterpiece. 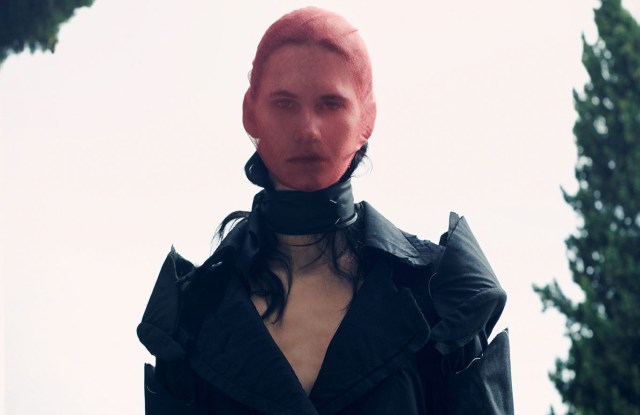 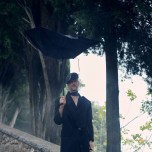 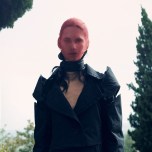 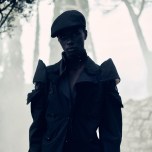 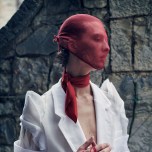 S.W.A.L.K. Sealed With a Loving Kiss — and passion and drama and technique and imagination and a soaring, unassailable belief in the wonder and power of fashion.

When putting together its schedule for this oddest of fashion seasons, spring 2021, the Fédération de la Haute Couture et de la Mode could not have had a clue that John Galliano would so brilliantly seal the official conclusion of Paris Fashion Week (it continues unofficially on Thursday with Stella McCartney) with a great big kiss — an extraordinary art piece on film for Maison Margiela. Make that a great big wet kiss. (There’s lots of water.)

Actually, this was S.W.A.L.K. part two, adapting for ready-to-wear the themes Galliano initiated in part one, his Artisanal collection in July. Both renegade and purist, Galliano believes firmly in couture as the laboratory for invention that informs the rest of a house’s creative output. Here, in Co-Ed (as he renamed the rtw several seasons ago), Galliano translated many of the constructions and effects developed in July, including wet-look clothes. In a Zoom conversation, he called his process of commercializing couture themes “artistic industrialization. When one says ‘industrialization,’” he noted, “one sometimes does forget that as much as we embrace the machines, the people who work with them, the soul and the hand, are still very important to me and the Co-Ed collection.”

Indeed so. In pictures and on film, the clothes look incredible in a manner exciting and welcoming to see from Galliano. In much of his work for Margiela, he has focused on hyper-experimentation, not only with cut and technique, but also integrating technology into his themes and processes. The results have fascinated — he’s a genuine creative genius — but often with extreme dissonance, and sometimes, one gets nostalgic for just clothes, beautiful clothes for wearing. That’s what Galliano showed here. Yet to say that they’re just clothes is like saying “Ulysses” is just a novel.

The beauty and creative mastery on view recall the glorious, eccentric narrative shows he staged beginning in the mid-Nineties for his namesake brand and Christian Dior. Yet you want these clothes for right now. It’s all so breathtaking that on one hand it’s a heartbreak not to see the clothes in person. But on the other, Nick Knight’s piece of filmmaking is its own glory, a rare example that doesn’t feel like an inadequate but necessary substitution for a live show.

The format is what Galliano called “a double narrative,” a movie within a movie, if you will, sensual thriller inserted into informative documentary. The latter focuses on the making of the collection and the film, from sleeve treatments to dance lessons, and something of the structure of the Margiela business. Ever wonder what those black numerals on the white label stand for? Galliano explains it all.

As for the thriller narrative, it’s a sexy spine-tingler, inspired by a trip Galliano took years ago to Buenos Aires to learn about tango in a small, poor town of intriguing people and brightly painted houses, no pictures or sketching allowed. “I’m happy for that,” Galliano said. “Because I have the memory.” The film captivates, depicting tango as a life force, an arranged marriage, the yearning for freedom, the shackles of destiny. Its characters are an elder man looking back on his younger self and his forlorn bride; her dangerous twin cousins; a dowager auntie, and other townspeople. They all converge and disband at a series of events — dance marathon, wedding and an exquisite underwater nightmare.

Always they’re gorgeously turned out, in glorious dancing dresses, including a pair of red-layered, bias beauties evoking the wet look; little sweaters twisted for interest; elegant tailoring with a Forties spin and Galliano flourish. For example, he adds a tango-shirt ruffle to the front of a proper overcoat, and refreshes the Smoking with a scarf tied nonchalantly at the neck. As for the bride, she might be less than thrilled with her plight, but her getup’s a knockout.

In the docu section, Galliano breaks down certain looks and house codes, explaining the integration of Replica (pieces that are re-created faithfully from vintage finds) and “Recicla” (actual vintage pieces that are re-worked and repurposed into new, one-of-a-kind items).

Back to the thriller, its beauty astounds — story, characters, clothes. In fact, some viewers wanted more. Add some dialogue and another hour or so of plotline, and John and Nick could have a Hitchcockian feature on their hands.