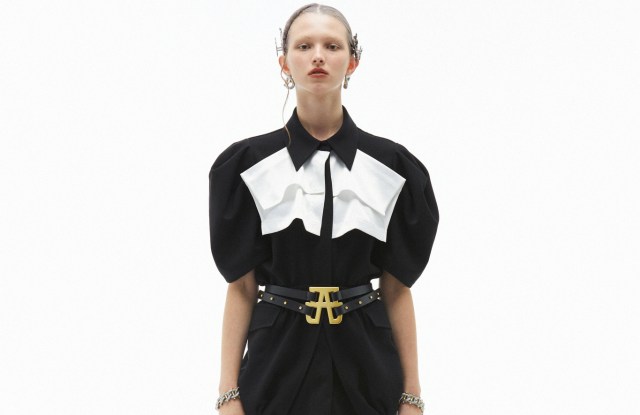 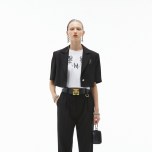 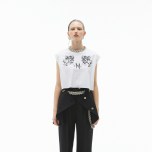 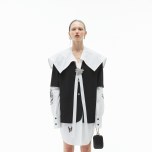 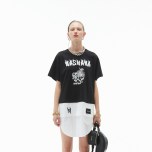 New this season, Masha Ma brought some biker vibes to her spring collection, with flaming lettering to spell out the brand logo as well as a message: “Need Redemption.” Heavy chain-linked jewelry was worn as a belt, a prominent bracelet or ringing the neck. It fit the sexy-schoolgirl character that emerged from the profusion of crisp white shirts worn over short black skirts and trousers.

The collection also carried a puritan streak, with wide, white collars and, in the digital presentation, an elaborate, hood-like head covering. Structured in chapters, the second one was introduced with a message: “Who said anger and revenge must be ugly.” It then showed a woman in a wide-sleeved blouse, cinched at the wrists, and worn with a short black skirt and thigh-high boots. Other looks felt more futuristic, in keeping with the label’s penchant for sci-fi, with short tight dresses that had double straps on each shoulder. On the feminine side, an oversized flower embellishment was added to a shoulder, and there was a selection of pastel dresses, including one with wide rainbow stripes, covered in sequins. Given the scattered range of styles, the less-fussy pieces stood out, including a cropped suit jacket which emerged as one of the most interesting shapes.