Zinko looked to horror movies and all things spooky for inspiration, turning her new range into a celebration of all things eccentric and fearless. 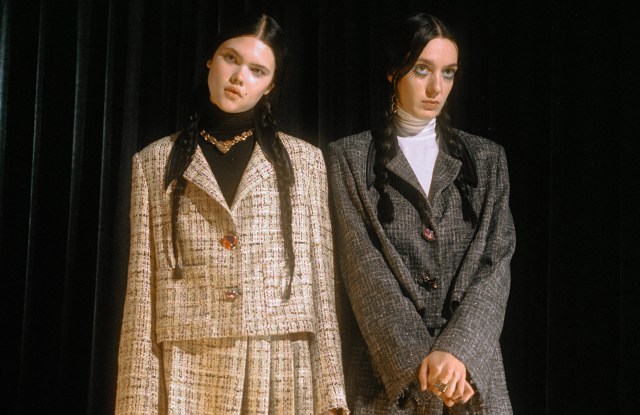 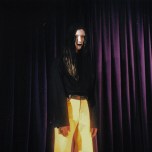 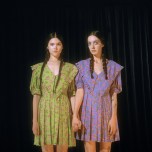 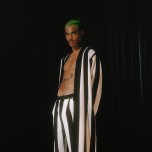 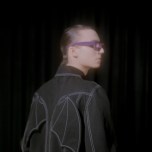 “It was basically a mix between the Addams family and Beetlejuice,” said Natasha Zinko, who — together with her son Ivan — turned to horror movies and all things spooky for their latest spring 2021 collection.

It’s not hard to imagine why, as the global pandemic has turned the world into its own kind of horror movie.

“It’s a sobering moment for everyone. We all had to stay home and face our fears,” the designer added.

So she decided to let the skeletons out of her own closet — literally — with skeleton prints on the insides of dresses, batwing sleeves, prints of black cats across sweaters and tailored jackets, and plenty of jewelry featuring the number 13, in a bid to debunk superstitions.

Despite the dark theme, the collection was a fun, upbeat one: Zinko put together a team of creatives, hailing mostly from her home of Ukraine, who presented the collection with an online film that followed a cast of creepy characters — complete with dark black hair and goggly eyes — at a dimly lit dinner party that ended with table dancing.

“We just imagined a cool set of personalities who aren’t afraid of social conventions, coming together, eating and drinking,” added Zinko, who joins in the fun at the end of the video, in a full bunny costume.

While the eccentric look might not be for the average luxury shopper, there was plenty to take in if you wiped away the dark eyeliner and face paint, including pretty floral dresses with large collars, tweed suits, cool plaid shirts for men and corsets made from recycled lace.

It was refreshing to see a designer take a bolder route instead of resorting to minimalism or reworked signatures. And it’s paying off: Zinko has been attracting a slew of celebrities of late with her signature bandana dress having a viral moment of its own on Cardi B recently; her online business is on the rise and new collaborations are in the works.