The designer went back into the aesthetic of Franco-Canadian singer Mylène Farmer, an early and unexpected influence on his work. 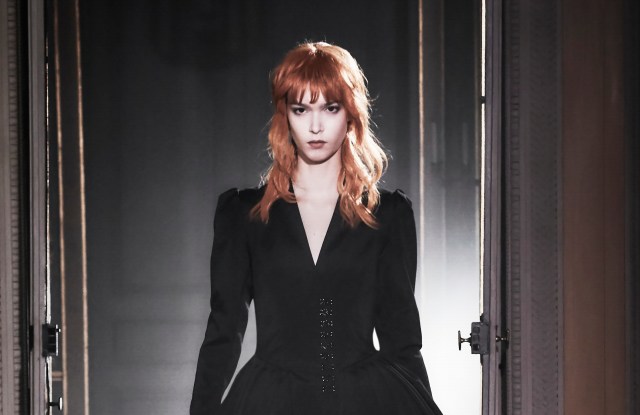 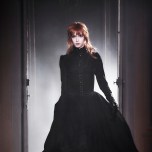 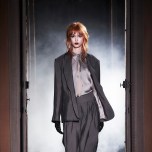 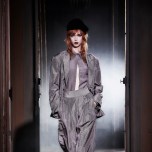 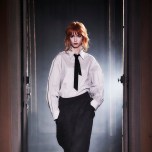 When Olivier Theyskens found himself sheltering in place this spring, he pondered how his aesthetic had developed. He remembered receiving a CD of [Franco-Canadian] singer Mylène Farmer in his early teens. Curiosity drove him to look up her music videos online.

“I would listen to her on loop. I loved, and still love, her voice very much, but I was quite thrown by the realization of the imprint she left on me at that age — a moment where the things that touch us become fundamental to our perception of things, a muse of sorts — and the influence this had on my personal universe and the manner in which I create,” he said during a preview at his new showroom.

So the silhouettes of this spring collection owed as much to Theysken’s proclivities as they did to the artist’s personas. There was Farmer’s androgynous waif phase, embodied in the mannish cut of a fluid gray suit, with wide-leg trousers and a high waist, or in the blowsy volumes of high-collar blouses nodding to 17th-century shapes. A pale marigold silk number played on the border of tailoring and flou, to become a Forties-influenced dress. Elsewhere, Farmer’s sensual phases were represented in slinky jersey slipdresses barred with an X that made them almost lascivious, or in a taffeta minidress that mimicked the outline of an exposed garter belt at the hem.

If floor-sweeping taffeta coats and body-hugging gowns may look out of sync with these uncertain times in pictures, in person, the whisper of fabric and details of their construction spoke of another Theyskens obsession: the idea that clothes can only truly to be experienced, just like music — live and at full volume.