Guillaume Henry glammed it up for spring with pouffy sleeves and ostrich feathers. 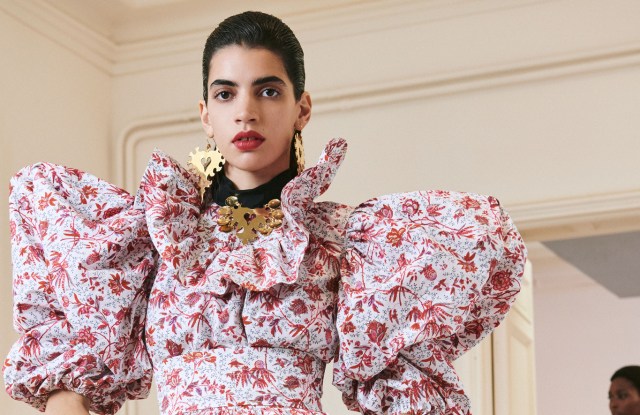 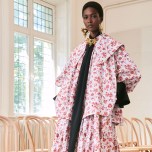 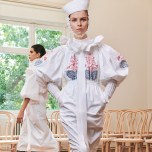 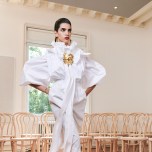 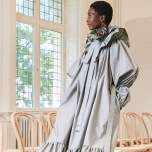 Peering out the window can be awfully depressing these days, thought Guillaume Henry. So he opted to glam things up for spring.

“Since we don’t really know what way to go, what’s expected of us, what we should do, I decided to be a lot less cerebral and draw on passion and desire,” he said. The designer channeled his childhood self, who was fascinated with fashion and set about sketching on his own.

The collection was presented on rows of mannequins at the label’s Ile de la Cité headquarters, overlooking the Seine River; looks were built in layers, which brought additional volume to pouffy-sleeved frocks, broad skirts ringed with gatherings and ruffled shirt collars that stood high — made with mostly recycled fabrics and organic cotton.

This was a buoyant lineup, for sure, with short, A-line dresses in a creamy lavender, or wide trousers, cut short with ostrich feathers adorning the hem. Beaded embellishments, too, were uplifting, along with shiny jacquards and a black velvet imitation pony hair fabric.

Henry presided over the space like a well-versed tour guide as journalists trickled in, pointing out details and lifting pieces to show how they were layered to create unique looks — a delicate, mohair knit dress was worn under another, made of lace, in one case — inviting people to interact with the clothing themselves. In the accessories department, shiny faux leather mary janes were playfully widened at the toes; also splayed, the label’s signature removable collars were back, in a stark white that felt oddly — and uncomfortably — puritanical.

Under the layers was an abundance of options, pointed out Henry, from dresses to tops to knitwear.

“But putting the pieces together makes them more spectacular,” he suggested.

Three collections into his tenure, Henry said he’s learned that clients are interested in a full wardrobe proposition — setting out, he had expected a clear product direction to emerge.

Understandable, then, the impulse to cast a wide net. Still, that’s risky at a time when the industry is scrambling to rein in excess.