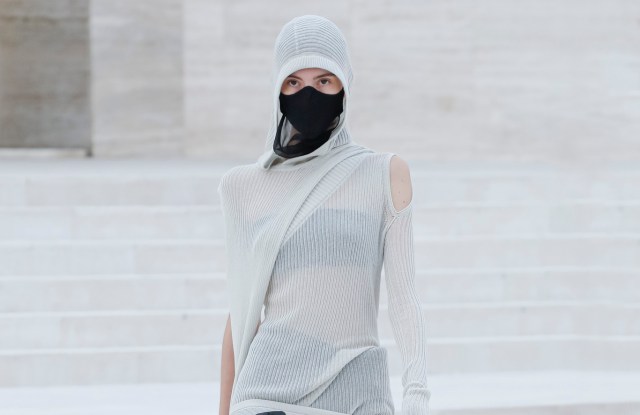 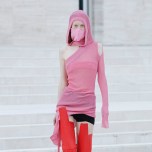 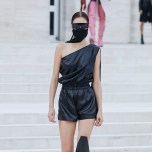 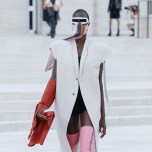 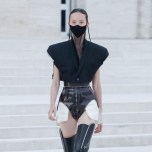 Rick Owens spends his summers on Venice’s Lido, the narrow strip of beach where Thomas Mann’s “Death in Venice” is set, and in his press notes, the designer describes the novella’s main character as someone “ascetically devoted to his craft” and who sports “desperately age-defying hair dye.”

Um, a self-poke in the eye there, Rick? Over a FaceTime call, Owens ran his free hand over his raven-black, poker-straight locks and replied, “Well, yeah! Like every collection, everything I do is autobiographical and self-referential,” he said with a chortle.

As for why he mentioned the book so prominently, he said, “I always related to the melancholy.”

That Owens showed in front of the Lido Casino — with no audience and not in Paris — was a function of the coronavirus pandemic, not the cholera that did in Mann’s poor protagonist. Venice is two hours away from Owens’ Italian factory, where he’s been holed up. And incidentally, the word quarantine originates from the Venetian language and the region’s response to the bubonic plague in medieval times, the designer noted.

For all of these reasons, his spring collection felt like the defiant fashion act we’ve all been waiting for, what Owens dubbed “an exaggerated middle finger to doom” expressed with major shoulders, thigh-high boots, “lurid” colors, crisp tunics, flowing robes and sculptural capes. When his models whisked across the vast palazzo for the finale in front of that hulking rationalist building from the Thirties, all of them masked and marching in monster boots into the smoke-choked wind (there’s always fog at an Owens show, no matter where), it felt like he had invented a fierce and realistic new brand of glamour.

The display was exhilarating, and the free-flowing clothes newsy for Owens, especially the simple yet architectural tunics and the chiffon shrouds in bubblegum pink with trailing ribbons. As he did for his terrific men’s collection for spring, Owens revisited some old, but still good ideas: fishnet tank dresses and hoodies that wink back to the masks used for his fall 2012 show.

“Historically, we’ve seen examples where people under threat, their appetites might grow stronger, and their expressions might grow more extreme, because there is nothing to lose,” Owens mused during the video call, moving his black surgical mask to his chin. “In the face of adversity, you need to do your very, very best. That’s when all your powers need to come to the forefront and you need to fight the strongest….So the clothes, when I look at them, they’re kind of full-on.”

Thank heavens for gutsy, potent fashion in the face of adversity — and age-defying hair dye.