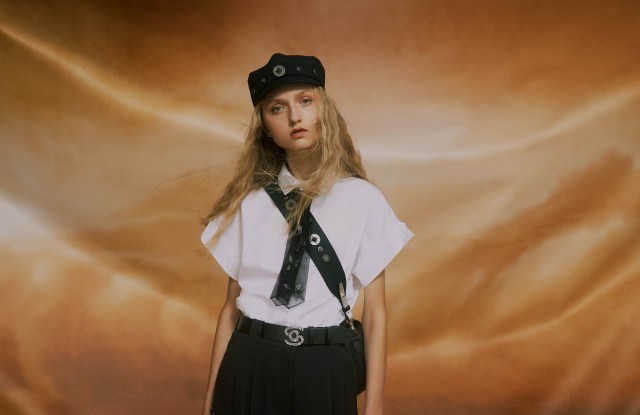 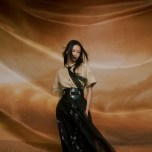 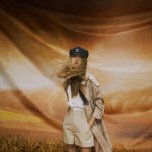 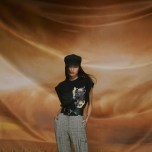 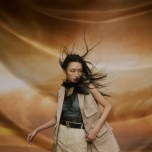 There’s a melding of past and present in Wang Chen Tsai-Hsia’s sporty collection for spring, which gleaned inspiration from Hua Mulan, a fabled female warrior dating from hundreds of years ago in China. Legend has it that Mulan replaced her aged and ailing father in the army, where she had great success disguised as a man, only to reveal her true identity upon returning home.

In step, the Taiwanese luxury label this season referenced vintage military clothing, with an oversize parka and utility combat-like baggy trousers, for instance, plus the use of colors such as khaki and olive green.

Shiatzy Chen is known for labor-intensive craftsmanship, including its signature embroidery on organza. Yet the designer for this collection tried new approaches, such as embroidering on cotton, and using fabrics, like gingham, to fresh effect.

There might be fewer frills than usual appearing in Shiatzy Chen’s lineup, but Tsai-Hsia’s deft hand comes through clearly.

One striking look is a short-sleeve white cotton dress with a machine-embroidered, fantastical landscape outlined in bright blue. A long green jacket and matching shorts are paired with a khaki button-down shirt cinched with a wide brown belt.

Wang said the film in which the collection is presented is supposed to tell the story of a woman in a difficult environment (symbolized by the wind). She next explores another woman in a see-through box (meant to be her self-identity) and then she’s back from the journey, happily, in the company of other women.

“With the video we are trying to convey the message that modern-day women are brave and resilient, and also they might play different characters in their lives,” Tsai-Hsia said.