The designer's collection was inspired by nature, movement and her new "A to Z" manifesto. 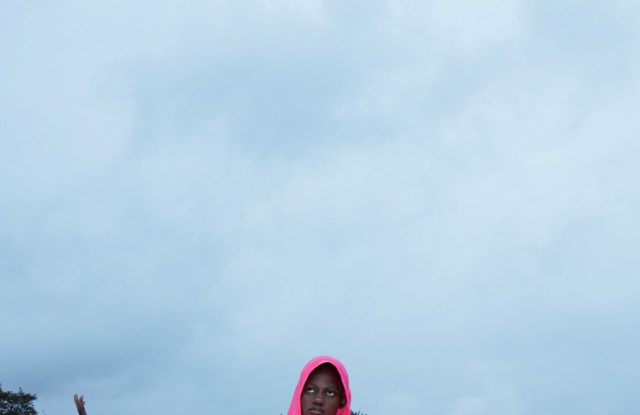 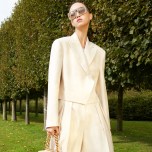 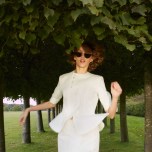 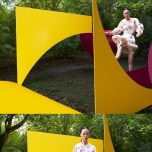 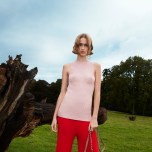 E is for Effortless. For Stella McCartney, it’s an essential element of her fashion ethos. (Look at that — three more E’s, accidental.)

The word is an entry from McCartney’s “A to Z,” the “alphabetized manifesto” for her brand’s future that she drew up during quarantine and introduced last week. “I felt it was a moment to rewrite the set of rules for us to adhere to and to work toward here at Stella McCartney,” she said during a preview. “It [articulates] a wonderful reason for us to exist, something for us to design and work toward.” After writing it up in a burst at 4 a.m. inspiration, McCartney enlisted a high-profile lineup of her art world friends to illustrate the alphabet.

Back to the E-word (illustrated by Cindy Sherman) there’s nothing effortless about McCartney’s process of creation; there never has been. When she launched her brand 20 years ago, she famously did so with a core set of beliefs — cruelty free; respectful of the environment — then considered heretical by fashion’s mainstream. The rest is H for History (though Stella’s H stands for Humor). But that’s only because of the relentless effort McCartney puts into every aspect of designing and producing her collections — O for Organic, V for Vegan, Z for Zero Waste. (Those letters designed by Olafur Eliasson, Will Sweeney and Joana Vasconcelos, respectively.) Once again for Summer (she called the runway season “Summer”), McCartney continued to push herself toward those goals. The collection features some repurposed fabrics; 78 percent of its cotton is organic, and the snazzy-looking flip-flops have an outsole made from 50 percent recycled materials.

No, “Effortless” isn’t about making the clothes; it’s about how McCartney makes the clothes look and feel, and how women feel while wearing them. “When I was young and I wanted to be a fashion designer, it was really tied in with how you wear clothes, and a personal reflection of who you are and your belief system,” she said.

In her belief system, fashion is intrinsically linked to art and nature. Under lockdown, she found the yearning for nature stronger than ever, and her awareness, more acute. “As we started getting out more, we noticed things, that the air seemed cleaner for a moment, or a bird’s singing sounded louder,” she said. Ditto a zest for athleticism; she found that once people got out of the house, they tended to get physical, “almost like a way to survive, to work out, to stay fit both mentally and physically.” This in turn led her to revisit the integration of sportswear into ready-to-wear, which she had done before, but not for some time: “It felt like the right time to bring it back in.”

Movement thus became a core component of the collection — a motif made very clear in McCartney’s presentation. She staged a show for digital presentation at Houghton Hall, the grand, 18th-century residence built for Britain’s first prime minister, Sir Robert Walpole. McCartney described it as “art slicing through nature,” its expansive lawns punctuated by formal hedges and a major collection of large-scale contemporary sculpture. The estate provides a glorious backdrop to the clothes, shot with blue-sky clarity by Mert and Marcus. (“You know what they told me on the shoot?” McCartney offered as an aside. “Mert and Marcus told me that their very first date was my St. Martins degree show. How f–king’ cute is that?”)

In the video, the models whip across the vibrant green lawns and around its intriguing artwork, their energetic pace facilitated by clothes that are either fluid or racy-athletic. McCartney played BMX-inspired pieces against what she called “historical cuts,” her signature Savile Row-inspired tailoring scaled down slightly from its typical oversize proportions, in smallish jackets often paired to billowing pants. Many of these feature hand-painted prints of underwater motifs — shells and coral. She went body-con with skinny knits — a barely there pale pink cami over wide red pants — and a fabulous group of little cycling-inspired dresses and shorts. These were crafted from lace scraps left over from past collections, spliced together and dyed in fanciful colors including shocking pink, one of many happy hues McCartney worked into her neutral-based palette. They look fun and super sexy, their appeal heightened by those thick-soled flip-flops.

While so sensible a shoe might not be every woman’s choice for a sexpot dress, even a feisty, cycling-inspired one, McCartney referred back to her H-word, illustrated by Alex Israel. “Humor is something that is really important to us here at Stella,” she said. “We’re treading such a fine line between telling people off or preaching all the time that we have to have the humor in it. It’s really critical in everything we do.” Humor that’s chic, great-looking and happy. File that under P, for Perfect for  the current fraught moment.