With motifs inspired by fingerprints and polygraph tests, Thebe Magugu's collection was inspired by the true-life story of female spies. 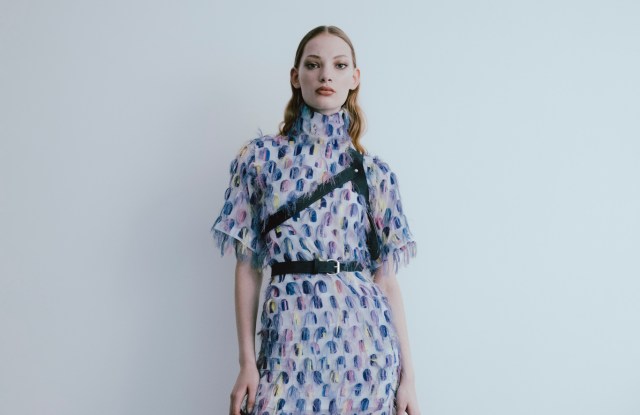 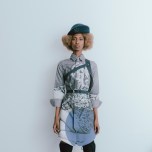 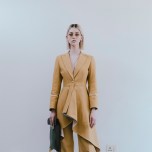 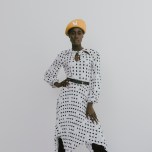 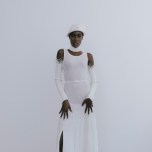 Thebe Magugu’s clothes have a political message, though not the kind that can be summed up in a slogan T-shirt.

The designer likes to name his collections like university courses, and the concept for his recently launched e-commerce site was inspired by the front-end look of .edu web sites. Magugu’s spring collection, titled “Counter Intelligence,” was inspired by the true-life story of female spies who worked for South Africa’s apartheid-era government.

Ever the straight-A student, the LVMH Prize winner even spoke to some of the women to research it. One of them, known just by her surname Miles, is from his hometown of Kimberley, South Africa, and her portrait was plastered across a shirtdress and matching tie. Another, Olivia Forsyth, has written a memoir about her experiences.

Magugu showcased the collection with a grainy film, inspired by CCTV footage and VHS surveillance tapes, set to a soundtrack featuring spoken extracts of Jonathan Ancer’s book “Betrayal: The Secret Lives of Apartheid Spies,” which underlined the importance of physical attributes in the career of a female secret agent.

There were looks for every occasion, from a pantsuit with a dramatically flared jacket, to a modular white rib knit dress with a detachable collar and sleeves, and the pleated skirts with asymmetrical hems that are fast becoming a brand signature.

“You become quite ostentatious. You almost have to hide in plain sight and play into these characters,” Magugu said in a Zoom call. “It’s this idea of peacocking.”

Cool details abounded: a polka dot print was in fact Forsyth’s fingerprints, while a shirt featured a redacted transcript of a spy’s confession. Magugu also introduced his first men’s wear looks, including a parka featuring a print that merges a scan of a polygraph test with a phishing virus written by his friend, singer Una Rams.

“We’re living with spies all around us,” the designer mused. “It’s quite complex, because it makes you think how multidimensional people are.”