What to do when life comes knocking at your door, but you’ve spent lockdown in your underpants? For buzzy Brooklyn label Vaquera, you just step out as you are. 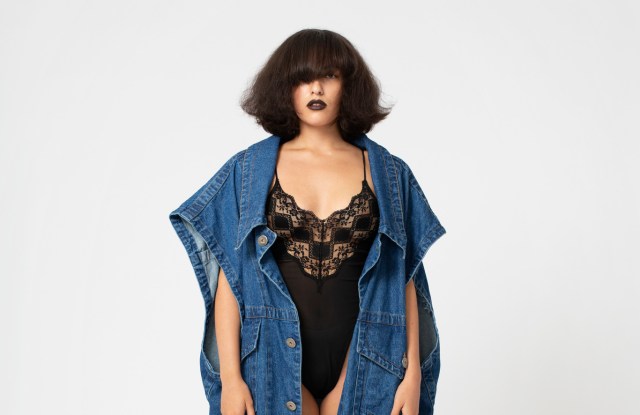 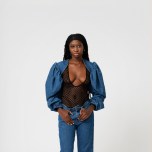 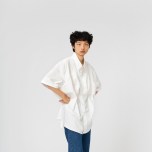 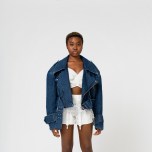 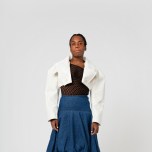 For their first season at the Dover Street Market Paris incubator, the trio formed by Patric DiCaprio, Claire Sullivan and Bryn Taubensee was absent but their larger-than-life creations loomed expressively in a showroom overlooking Place Vendôme.

Separated by lockdown but bolstered by the commercial development and production of DSMP, the three designers focused on what was important to them and what fashion might look like post-coronavirus. “A major takeaway was that the rules are all out the window, or they can be, now that we have a fresh start,” DiCaprio said.

Titled “Nothing Is Forever,” the collection was no maudlin reflection on the world, but rather a projection of what might happen when the time comes to venture back outdoors — in your underwear.

Lingerie in particular embodied a rite of passage between home and the public space, but also into adulthood. “A friend of mine mentioned [purchasing and wearing] lingerie as such an adult thing,” Taubensee said. “It struck me as a clever thing to pick up on because I feel that Vaquera is growing up and embracing this weird awkward sexiness.”

And it couldn’t get more awkward than the oversize full coverage bra, found in a thrift store bin, that spawned into a lineup of XXL slipdresses, bras so large they looked like vests, overgrown lace bodysuits, with showgirl fishnets, denim and tailored suiting thrown in for good measure. Among the wittiest pieces were a pair of stern looking trousers with back panels cut out, revealing satin and lace boxer shorts, and the almost-work-appropriate shirts with the outline of bras patchworked on.

More than a commentary on “archaic notions of sexiness,” as DiCaprio put it, the collection explored the idea that garments should no longer become labeling for the wearer. The oversize fit, they explained in a four-way Zoom from their respective homes, was the antithesis of body con. “It does pay attention to the person’s body beneath it, but just lets the clothes be as they are. What and who you are underneath is almost irrelevant when you’re wearing something so big that it’s empowering,” DiCaprio said.