The Japanese designer braved travel restrictions to show his timeless creations under the chandeliers of Paris City Hall. 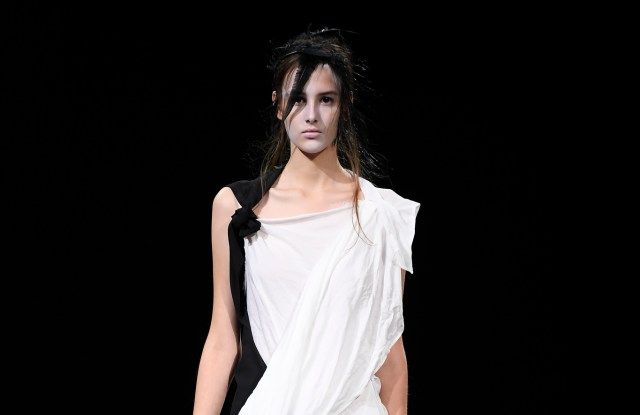 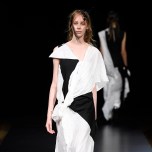 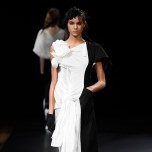 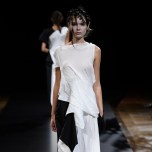 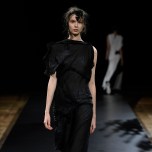 The only thing more surprising than Yohji Yamamoto staging a show in Paris this season was Yamamoto’s actual presence at the show.

Japan right now feels about as far away as the moon, and one can only imagine the logistical challenges involved. “People told me I’m crazy,” he confessed backstage, on the eve of his 77th birthday. But he shrugged it off. “As soon as I decided to do a show in Paris, I stopped worrying about everything — just do it.”

The designer has been a mainstay of the French capital’s calendar for close to four decades, his collections reliably untethered to passing trends and front-row hype.

In ordinary times, the hypnotic pace of his shows can feel jarringly out of sync with an ever-accelerating fashion system. As the global fashion industry resets in the wake of the coronavirus pandemic, his slowly-slowly approach suddenly feels right on point.

Yamamoto opened the show, staged under the imposing chandeliers of Paris City Hall, with crinkled black-and-white dresses that looked as if they had been crafted from raw bolts of fabric: knotted, draped and braided directly on the body.

Yamamoto wove historical references through his increasingly experimental looks: copper wire was twisted into rough crinoline skirts, while a jacket covered in elaborate tendrils exploded into a punk version of a bustle. One of the final dresses was a swirl of scorched and ragged petals.

Wearing a coat with the words “Heart of Glass” tagged onto the back, the designer said there was no message behind the clothes. “I just wanted to stand on the side of human beings, even if they’re not always good,” he added cryptically.

As a demonstration of pure design chops, the display stood in stark contrast with Yamamoto’s recent raft of collaborations, which include a capsule line with streetwear brand Supreme, a watch with Hublot, and an upcoming project with Lamborghini.

“It’s not my fault,” he demurred. “Maybe I became a little bit too famous.”