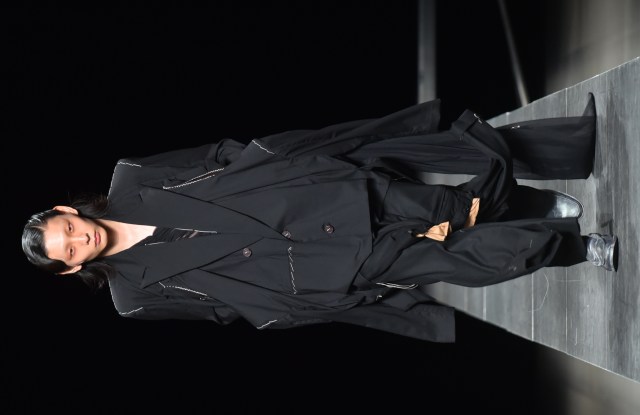 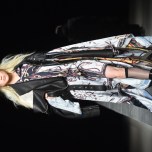 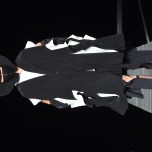 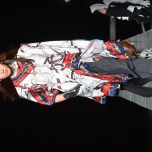 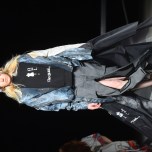 Having studied under Mikio Sakabe and Writtenafterwards’ Yoshikazu Yamagata, it seems natural that Tetsuya Doi would take an avant-garde approach to fashion. In his first runway show as a participant in Tokyo Fashion Week, he unveiled a collection of deconstructed, asymmetric and outsized looks that blurred the line between fashion and objects while also straddling gender lines.

Doi’s creations were aggressively layered and often resembled three-dimensional collages: extra pant legs hung from the knees, an additional blazer front was attached at the lapels, and multiple sleeves dangled from the shoulders, causing the audience to search the multiple tubes of fabric for the models’ arms. Poncho-like garments fashioned from silk scarves had rods attached to them to created a sail-like effect, and one model inexplicably held a giant shoe-shaped cushion above her head as she walked the elevated runway.

A highlight of both the show and the collection came when a pair of children held up what appeared to be fabric notebooks attached to hangers, which they then revealed to be oversized button-down shirts.