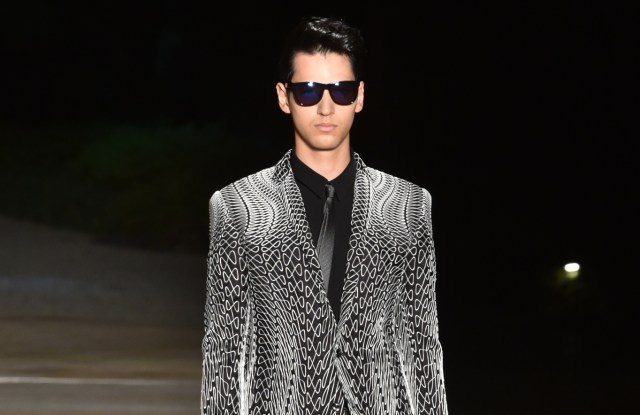 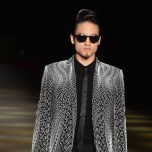 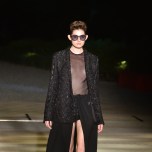 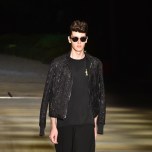 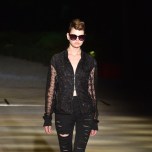 Rynshu Yamaji has been designing his eponymous brand for more than 10 years, but this season marked the first time he participated in Tokyo Fashion Week. With a traditional Japanese garden as the backdrop, his modeled sauntered down his expansive runway like rock stars behind dark sunglasses.

The clothes, too, had a rock ‘n’ roll feel to them, with men sporting slim suits and skinny ties, cropped and fitted jackets and zip-up track tops. Many of the same pieces were also shown in women’s versions, in addition to long, cutaway skirts, knee-length shirtdresses and sheer tops.

Yamaji employed rich, showy textiles, including a bright orange jacquard, black fabrics with white corded embroidery, multicolored animal prints and an aqua green and silver metallic fabric. But lest he go too far with color and texture, he also showed several modern, slim versions of black and white suits, tailored coats and relaxed jogger pants. Contrast lapels, cutaway sleeves that revealed a bright red satin lining, and tabs that buttoned from the inside of one side of a jacket to the outside of the other elevated the tailored pieces to something a bit more than basic suits.