adidas’ Stan Smith sneakers have transcended time and style. They were born as a tennis shoe in the ’60s but have since evolved to become more of a fashion silhouette. The minimalist look here is strong, and they work because of that understated simplicity. They’re the kind of shoe that works for every wardrobe — one that’s as fun to own as it is to gift to women or really anyone. There are the white sneakers with green details for classic style as well as modern takes and collaborations for trendier giftees, too.

adidas originally launched the sneaker as the adidas Robert Haillet, named for the famous French Tennis player of the same moniker. In the ’70s, the shoe was rebranded and renamed for American tennis superstar Stan Smith (a two-time Grand Slam singles and five-time Grand Slam doubles champion) and featured his face on the tongue.

But as many sports shoes do, the Stan Smith quickly bled over into street style. Arguably, the pivotal moment came when then-creative director of Celine Phoebe Philo wore a pair of Stan Smiths at the end of her fall 2010 runway show. Her outfit was emblematic of her style — effortlessly understated and Parisian — and a symbol of what the Stan Smith could become — pure fashion. She turned the shoe into a certified cool-girl sneaker. adidas then strategically stopped producing Stan Smiths in 2011, and as the shoes decreased in availability, they increased in hype on the resale market. The demand for the sneaker was as high as it had ever been.

In 2014, adidas relaunched the Stan Smith, leaning into the sneaker’s street style appeal. Fashion week attendees and A-listers flocked to the silhouette, and stories of celebs in Stans remain legendary. For example, Victoria Beckham — a fashion girl who once said she wouldn’t be caught dead in flats — has worn Stans to complete her minimalist European outfits. Hugh Grant once told Stan Smith that he had his first kiss in the sneakers. A$AP Rocky, Kanye West, Miranda Kerr — all with significantly different aesthetics — have sported the sneakers, too. You can also catch Julianne Moore in Stans and a suit or Kylie Jenner pairing them with leggings.

The shoe has lasting power thanks to its simple, durable construction. It’s made with a clean leather upper, pebbled rubber soles and perforated adidas detailing. The classic iterations have a hit of bright green on the ankle and on some of the detailing, but newer models play with more colors for vibrant takes.

The fundamental construction of the shoe has stayed largely the same over the years but has been updated with modern additions. Some of the best versions of Stans are courtesy of designer collaborations that make the shoe feel fresh but stay true to its classic-cool wearability. Case in point: Stella McCartney’s low-key graphic scribble style or Raf Simons’ perforated design, which turned the three stripes accent into the shape of the designer’s signature “R.” Lately, adidas has been altering the makeup of the shoe itself with styles featuring platform soles, suede uppers in place of leather and recycled Parley fabrics that do better for the environment.

Stan Smiths are notably comfortable, and, as far as leather sneakers go, don’t take long to break in. After a week or so of wear, the leather starts to mold to the shape of your foot, making these one of our favorite sneakers of all time. Lean into the sporty feel by wearing them with leggings, shorts and tall tube socks. We also love them with jeans of all fits — flared, wide-leg or cropped — and summer dresses and skirts in warm weather. And, they can work for the office, too, paired with suits, trousers and blazers.

They’re the kind of shoe that’s bound to work for every style and occasion. The shoe has a unisex fit for adults but also comes in versions for kids and babies. Grab a pair for yourself of someone special, below. 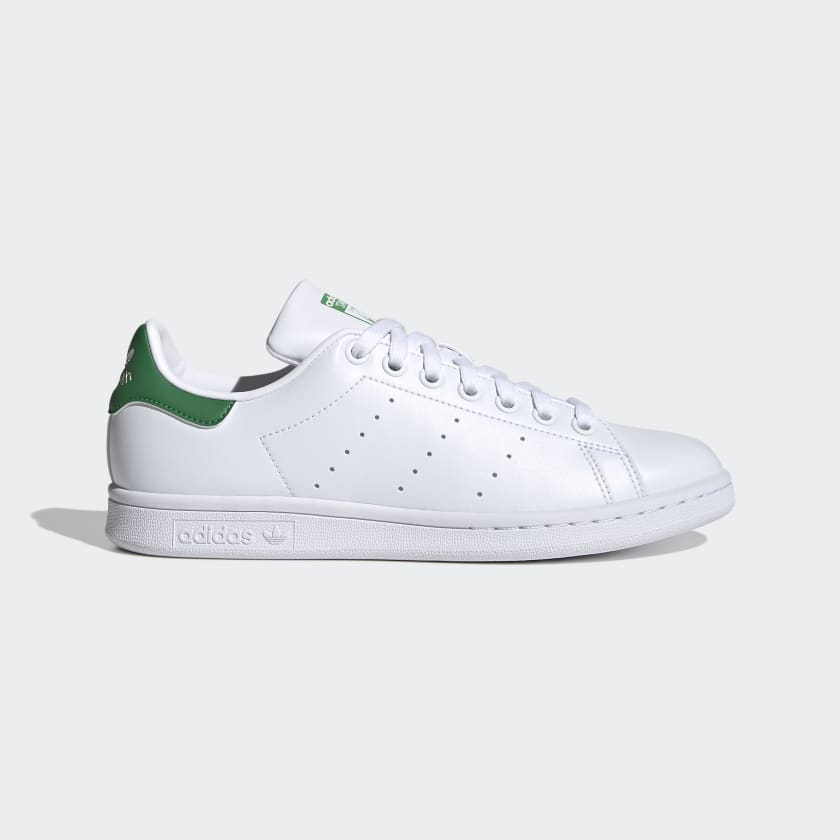 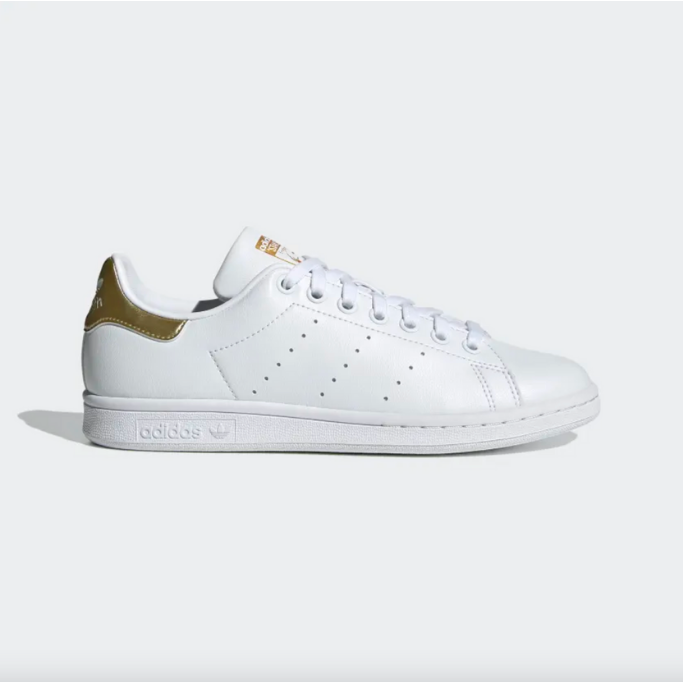 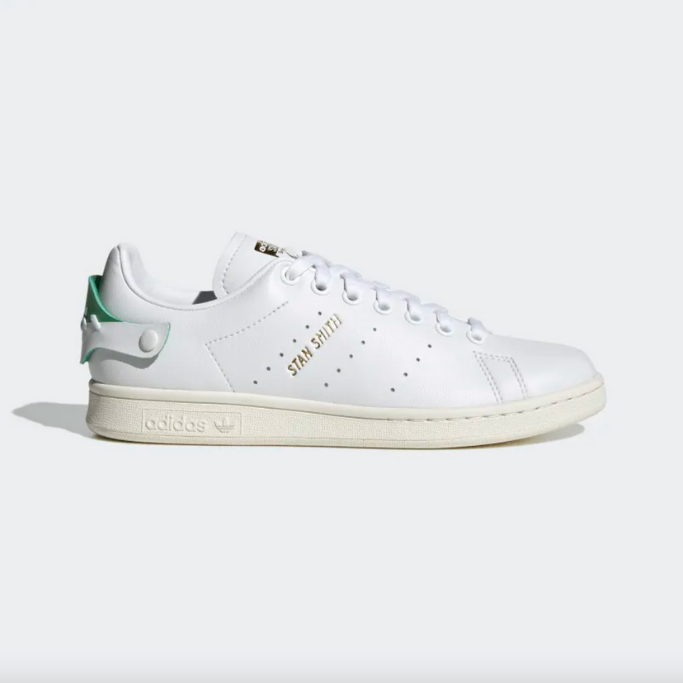 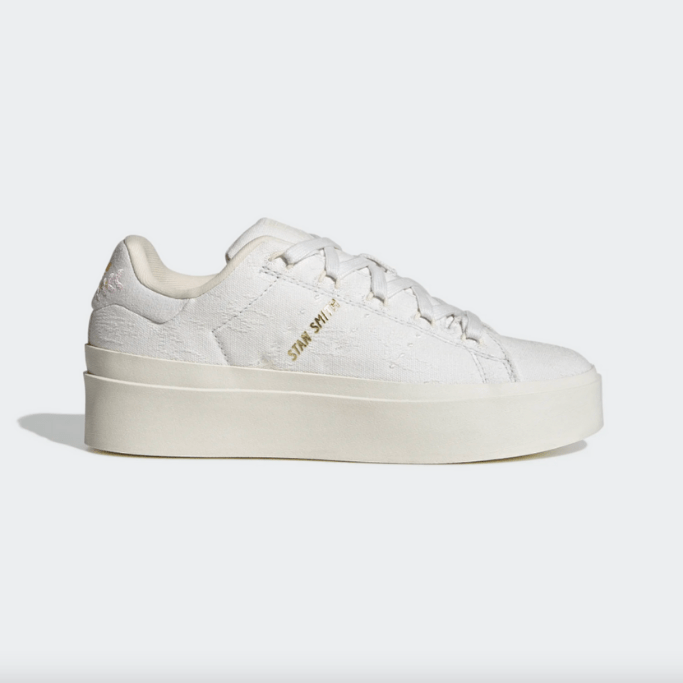 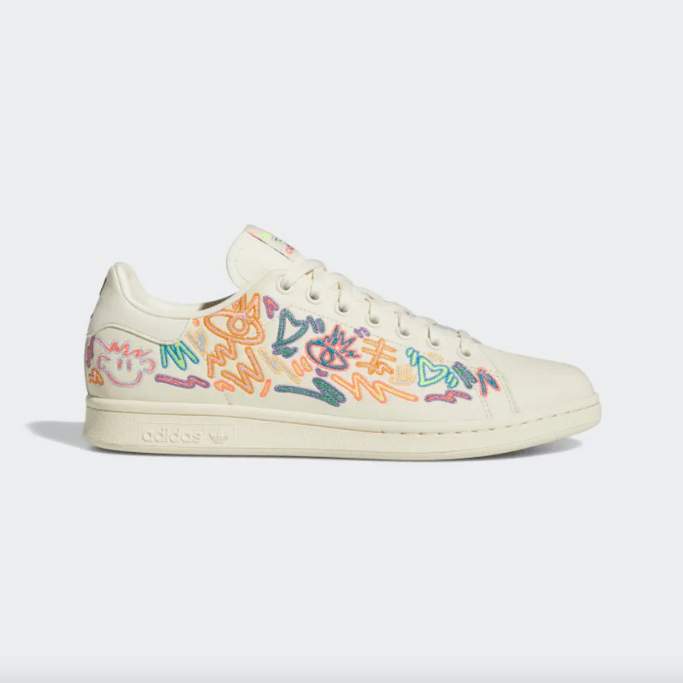