Back in September, the sustainable shoe and accessories brand, Rothy’s, teased a partnership with Evian Water to create a tennis-inspired capsule collection made out of repurposed Evian water bottles. But not only were they going to create tennis gear, they were going to design and manufacture the collection from recycled Evian bottles sold at the 2021 U.S. Open tournament. Well, the wait is over — the limited-edition capsule collection launched today and these seven pieces are a must for any tennis aficionado.

Throughout the 2021 U.S. Open tournament last year, which Evian sponsors, the two brands collected and saved all of the empty water bottles that were purchased by fans — 72,000 bottles, to be precise. From there, Rothy’s processed the bottles using their low waste, circular-focused manufacturing method, which blended the water bottles with other recycled plastic, and made into the thread for this collection.

Featuring seven pieces, including two sets of shoes, a hat, a visor, a duffel bag, a racket bag and a sling bag, this all-white collection with navy and red detailing, is crisp, chic and comes just in time for this year’s U.S. Open, which begins next week on August 29.

Created out of 11 Evian bottles, the sleek slip-on slipper-style sneaker is made from a soft, washable thread and the all-white design is highlighted with a thin navy line down the center with a pink and red line on either side. 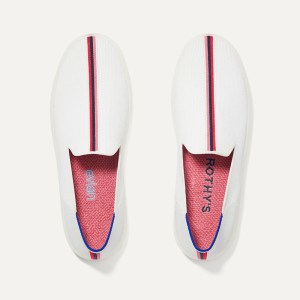 19 recycled Evian bottles were upcycled into this versatile tennis shoe that merges courtside style with Rothy’s sensibility via the shoe’s structured, contoured footbed, terry-lined tongue and single horizontal line across the heel. 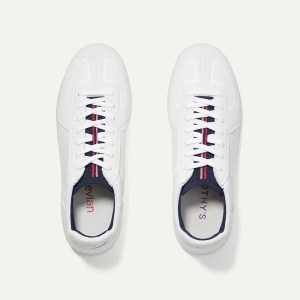 As trendy as they are athletic, this white cap with rose piping is constructed with pique mesh for breathability and lined with moisture-wicking terry in sky blue. 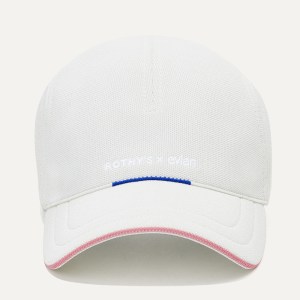 Designed to be stylish both on and off the court, this spacious bag with two side compartments can work as a weekender or take to and from the gym. The thick navy handles feature pink and red piping. 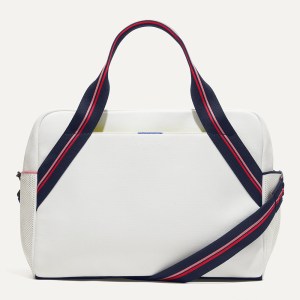 This chic tennis bag was made out of 33 plastic bottles to fit one tennis racket, along with several compartments to store your phone, keys, wallet or a snack. 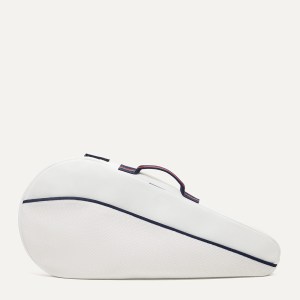 A sporty, crossbody sling is a stylish way to carry all of your essentials when you don’t want to be burdened with a bag. Continuing the collection’s all-white theme, the sling also features an Evian-colored zipper as well as a tri-colored strap. 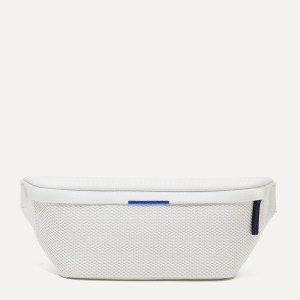