The details on start-up Dirty Labs, Re.Uniqlo's next steps and the denim factory earning accolades from the World Economic Forum.

Efforts in inclusivity, upcycling and green chemistry are on the rise.

Last week, the company closed a seed round of $1.8 million, bringing the total funding to date up to $4 million. The round was led by Entree Capital and builds upon past investments from sustainability entrepreneur Veronica Chou, model Soo Joo Park and actor Henry Golding.

The funds from the recent raise will be used to expand marketing and research and development efforts, specifically looking at iterating on adjacent product categories. Expansion is advantageous given the global green cleaning products market already stands at $3.9 billion and is estimated to be $11.6 billion by 2029, according to Prophecy Market Insights.

“Unlike the other clean or eco brands on the market, Dirty Labs has made a significant breakthrough in cleaning technology — one that builds on cleaning processes found in nature rather than using synthetic chemicals. Dirty Labs isn’t just changing packaging to be eco. They’re taking a holistic view of sustainability, looking at the biodegradability and safety of their ingredients to responsible sourcing, renewable manufacturing, and recyclable packaging. Dirty Labs has created a truly revolutionary formula and product,” said Chou, on the investment.

The secret to green laundering at Dirty Labs is its Phytolase technology, an enzyme-driven cleaning technology that looks to redefine performance, safety and sustainability. Dirty Labs’ bio laundry detergents are Environmental Protection Agency Safer Choice certified and have been validated by the U.S. Department of Agriculture as being 97-percent biobased, or naturally derived. 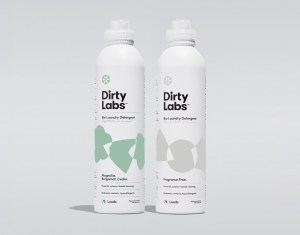 “Since its inception, I tried to establish Denim Expert Limited as a model factory in practicing sustainability because I believe that the best way to inspire change is to set example,” said Mostafiz Uddin, the outspoken managing director of Denim Expert Limited. “The recognition by the World Economic Forum — I believe will obviously inspire others to practice sustainability.”

Among recognition with the WEF, the factory was recently featured in a local paper for its work creating a trans-inclusive workplace. Today, eight individuals who identify as trans or gender non-conforming are employed across the company.

The factory aims to uphold the motto of “leaving no one behind,” Uddin shared.

By many definitions, the firm is a pathfinder, being the first Bangladeshi manufacturer to join the Sustainable Apparel Coalition, to become a contributor to Zero Discharge of Hazardous Chemicals Foundation, to join the Fashion Industry Charter for Climate Action, among other feats. The factory is also a member of the International Apparel Federation, Ellen MacArthur Foundation’s Jeans Redesign Initiative, Ethical Trading Initiative and Social & Labor Convergence Program.

Second only to China, Bangladesh is one of the largest apparel-exporting countries in the world, earning $33 billion last year in apparel exports according to government export data. As of June, this number would be down 18 percent to $27.94 billion. Despite adversity, the apparel producer has made significant improvements in safety standards and practicing sustainability in recent years — touting 14 Leed-certified garment factories. 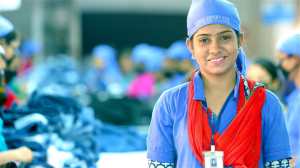 Denim Expert Limited won an honorable mention from the WEF for its work in sustainability and inclusivity.  Courtesy

UPCYCLED DOWN, ONLY THE BEGINNING: The latest iteration of Uniqlo’s LifeWear recycling program “Re.Uniqlo” launched in September. Since 2006, the company has been collecting gently used Uniqlo clothing from customers. As of August 2020, collections surpassed 41 million units of clothing — donated to people and communities in need across 75 countries and regions.

“The cornerstone of our sustainable approach is to produce, distribute and sell only what is necessary,” said Jean-Emmanuel Shein, global director, sustainability at UNIQLO. “This is key more than ever and is what differentiates us from other clothing brands. We do not make disposable clothing or chase after trends. Instead, our goal is to provide solutions with timeless designs that are high-quality and long-lasting.”

Re.Uniqlo is a program designed for longevity.  Courtesy

The decision comes after an investigation from animal rights group PETA. The PETA investigation was first publicized in May and has since seen labels like Valentino and Espirit both respond with alpaca bans.

“Alpaca is not endangered, it’s mainly farm-raised and acquired in a humane fashion. It’s disappointing to hear of this decision and I worry about the network of small farms and business owners whose livelihoods will be impacted,” said Karen Giberson, president of the Accessories Council.

It has been a rocky few months for natural fibers groups — and no easier for Ascena Retail Group — which filed for Chapter 11 bankruptcy in July.

Prior, alpaca farmers were just one group caught up in an extended conversation with the Sustainable Apparel Coalition concerning a preferential treatment of synthetic fibers. Earlier in November, the SAC announced the retirement of its controversial Higg MSI methodology.

The newly formed Natural Fibers Alliance, an association representing the interests of natural fibers, unsurprisingly criticized the apparel retailer’s decision. Mike Brown, head of public affairs and sustainability at the Natural Fibers Alliance, provided the statement: “PETA is against leather, wool, silk — and even eating meat and owning a pet. Shame on Ann Taylor for siding against consumers and with animal liberation extremists.”