Grove Collaborative, Disrupter in the ‘Clean’ Space, Launches at Target

Grove Collaborative has partnered with Target, marking its expansion into physical retail.

The direct-to-consumer company — which produces and sells “natural” household and personal care products at Grove.co — will offer a curated collection of its branded bestsellers at Target stores nationwide and target.com starting on April 18.

“Our company’s vision statement is that consumer products can be a positive force for human and environmental health,” Grove Collaborative’s cofounder and chief executive officer Stuart Landesberg told WWD on Monday. “When we think about what it means to manifest that vision of changing the category, it really is about expanding access as much as it is about innovation.” 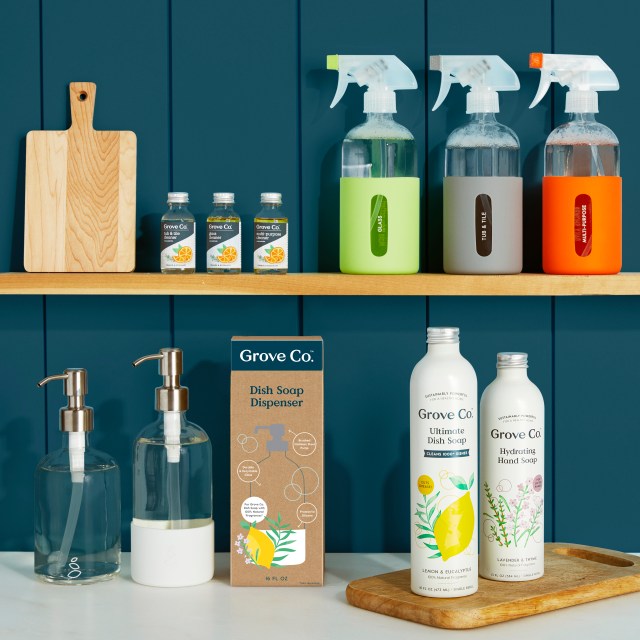 The partnership with Target will allow Grove Co. to reach consumers who opt for in-store shopping when buying household and personal care goods — a whopping 90 to 95 percent of the market, according to Landesberg.

“We’re already the market leader in vertical e-commerce, but the majority of the market is still purchasing through more traditional formats, like Target,” he said.

Launched in San Francisco in 2012, Grove Co. has been an innovator in the “clean” space, providing its more than 2 million customers with nontoxic and eco-minded products (predominantly made using plant-based ingredients, with aluminum and glass materials) that are priced competitively and delivered directly to their doors. Promising “uncompromisingly healthy, beautifully effective, sustainably produced and cruelty-free” goods, the company is currently plastic-neutral — meaning for every ounce of plastic sent to customers, it offsets the equivalent by recycling plastic pollution — and aims to be plastic-free by 2025. Since January 2020, Grove Co. has removed 6 million pounds of plastic from waterways.

The company’s in-store displays will showcase its sustainability-minded ethos and efficacy of products, while unveiling a line of cleaning goods made with a new scent, ‘Citron & White Rose,’ available exclusively at the big-box retailer.

“It’ll allow us to take our mission to the next step,” Landesberg said of the partnership. “We will be able to leverage with the data that we get from our own customers and the reception that we get from Target [shoppers] to better understand the intersection between the folks who are interested in going really deep and the folks who are newer to this category, potentially, and discovering it for the first time on shelf.”

Grove Co. (which acquired wellness brands Sustain Natural and Sundaily, as well as opened beauty retailer Roven in Venice, Calif. — all in less than two years) has been growing, up 301 percent year-over-year in beauty and personal care as of October 2020, according to the company. Last year alone, the business generated more than $250 million in total revenue, a 5,000 percent growth since 2016, and has raised $125 million at a $1.32 billion valuation, as reported by WWD in December.