Brands that think vintage or secondhand fashion isn’t for them may be missing out on a sizable opportunity.

The trend toward vintage isn’t a new one, but as the stigma of secondhand all but vanishes and what’s old becomes increasingly cooler — not to mention the added benefit of rescuing existing apparel from a wasted fate — the trifecta is making the market hotter.

And the brands that think this isn’t for them may be missing out on a sizable opportunity.

“Edited has recorded a 12 percent year-over-year increase in U.S. retailers mentioning vintage fashion since the start of the year in customer emails or on their homepages,” said Kayla Marci, market analyst for the retail market intelligence platform.

While there are distinctions to be drawn between vintage and secondhand, the point is the same: many consumers want goods they can’t get anymore, they want high-end pieces at better prices and, increasingly, many want to buy into what’s already out there instead of fueling fashion’s overproduction problem. And much of the industry is paying close attention to this growing market for not-new clothing.

Already this year, Kering (and Tiger Global Management) have allocated $216 million to Vestiaire Collective to accelerate growth in the secondhand market for the Paris-based pre-loved fashion site. Goodwill is now looking to play in Poshmark and ThredUp’s space as weekly visits to its e-commerce site top 20 million. Lululemon is taking back worn workout gear, which it will start to resell in June, and Brooks Brothers has created a vintage shop on its website to sell some of its own iconic pieces. This all follows on Gucci’s tie-up with TheRealReal in October to launch an online shop featuring pre-owned items from the luxury brand.

“We still see [secondhand] as a $30 billion to $40 billion market — we’re saying 15 to 20 percent CAGR over the next five years,” said Boston Consulting Group managing director and partner Sarah Willersdorf. “Honestly, I think that’s going to be closer to the 20 percent and obviously, there are going to be individual players in that market who have way beyond 20 percent CAGR because we’re just seeing an acceleration.”

And the money, as evidenced by Kering, is rolling in.

In the midst of the pandemic, with stores shuttered and screen time soaring, consumers have been treasure hunting for rare pre-owned finds, trying to make more conscious decisions around purchasing and looking for value all the while.

“The percentage of a person’s closet or wardrobe that is secondhand is going to increase,” Willersdorf predicted, noting that it could go from roughly 21 percent today to 27 percent globally by 2023, according to BCG findings, and “that could even hit 30 percent, so that mix of closet is really interesting to think about.”

Though consumers are certainly still buying more new than not, 30 percent of a closet comprising pre-owned fashion is nothing to write off. 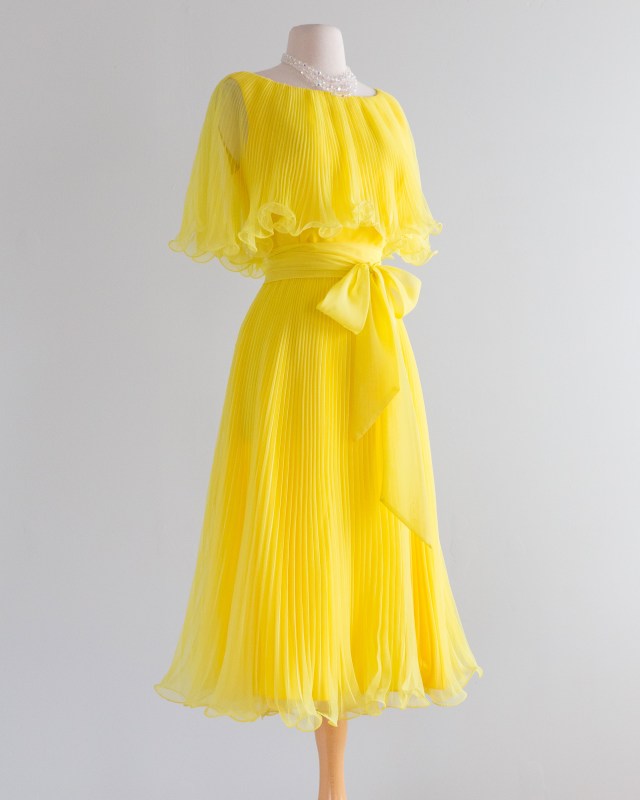 Xtabay, a vintage clothing boutique based in Portland, Ore., but now largely operating on Instagram, has been a big beneficiary of the uptick in vintage interest.

“In the last year, starting with the pandemic, as far as what I’ve seen in my business, my business doubled,” said proprietor Elizabeth Gross, who has been buying and selling vintage clothing for the last 20 years. “I basically closed my brick-and-mortar and just pivoted to focus everything on Instagram. And I probably had my best sales year ever…social media has made vintage a huge thing.”

If there was any stigma left about buying pre-owned, it has all but dissipated, it seems.

“I think it’s just that people are seeing it now all the time. There’s starting to be people who wouldn’t wear vintage or that thought it was gross or dirty — there used to be a lot of people that were like, ‘oh no I’m not going to wear a used item.’ Now they just see it as fashion,” Gross said.

They also want that fashion to come with quality, she explained, which has been harder to come by in mass market and even midtier retail in recent years.

“There’s…just a shortage of quality as far as new products. With fast fashion you just can’t — unless you’re going to pay high-end designer prices for stuff — you just can’t get anything that has any substance or quality to it at this point, an early ‘90s piece is made so much better than something that’s made today.”

That’s part of the reason Xtabay fans are going “bonkers” for things like a ‘90s Victoria’s Secret bias-cut slip in silk charmeuse. In keeping with the romance trend, they’re opting for the fanciful, too (read: Gunne Sax, “princess-y, fairy tale,” bishop sleeves, vintage lingerie). Largely to escape what some could consider the doldrums of current retail.

“Retail seems a little bit plain and boring right now. I mean, I look at Everlane, just stores that are great, relatively affordable contemporary brands that are out [in the market], everything is really, really basic and stripped down right now — and, granted, I wear that all the time…but I feel like it’s more inspiring to see individuals putting things together [as in the curated collections she puts out, which falls in line with what other trendy vintage sellers are doing, too]. And it’s more affordable, and I think younger people are more conscious of things like climate change and that sort of thing, so buying sustainable fashion is really appealing, too, on that level.”

While sustainability has somewhat climbed the ranks in terms of the drivers to purchase secondhand or vintage, it’s still value and the search for unique or limited items that are steering the wheel, according to BCG findings. That said, the destination remains the same despite the driver: greater circularity. The secondhand trend is just providing another entry point for interest in sustainability among those who may not have otherwise been focused on the environmental aspect.

What’s more, as Willersdorf explained, it’s a point of interest and entry for brands.

“In a recent survey we did, 66 percent of secondhand buyers discovered or bought a brand for the first time on secondhand, so this is really a discovery channel,” she said.

What consumers are discovering, as Gross knows from the pieces that sell out within seconds from her Instagram Story posts, could also provide useful knowledge for brands and retailers about consumer demand.

“You learn a lot by the secondhand pieces people are buying over time, like what silhouettes, what patterns, what’s coming back — I think there’s a lot of data that can be learned, that can be used to infuse into your product development and merchandising plan,” Willersdorf said. “I think for those reasons I expect more and more brands, both fashion and luxury, to be thinking through the right way to get involved.”

As brands mull that over, new platforms will continue to pop up to make it easier for both them and consumers to sell secondhand clothing.

Little Black Door, in addressing the latter, for one, is working to make it easier for consumers to keep track of what’s in their wardrobe, share it with others, see other users’ wardrobes and connect to resale platforms when there are items they’re ready to part with.

“There’s also a lot of applications beyond sustainability, like styling and clienteling, like what do people need in understanding someone’s style. I think that’s going to be the next piece and I think that piece is also going to drive ease of selling,” Willersdorf said. “Because if you know what’s in my wardrobe and you know the Gucci bucket bag from whenever is suddenly worth more, maybe you ping me and I make a decision based on economics that I’d like to [sell] it. So I think there’s a whole world of sellers that’s interesting.”

Regardless, vintage/secondhand/pre-owned/pre-loved, whatever the moniker, is a growing market with potential upsides that extend beyond just an interest in selling or searching for the rare or iconic.

“The secondhand commerce channel is here to stay — it’s absolutely here to stay,” Willersdorf said. “And I still think of this as an opportunity versus a threat and that’s because you have a broader consumer base and customer engagement.”

For brands worried that selling vintage or secondhand would hamper sales of new fashion, it really may not at all.

“In our analysis — we’re going to continue to look at it — we see limited cannibalization of firsthand sales. There’s obviously some but it’s limited,” Willersdorf said. “It could really be a new revenue stream for brands. And I do think for brands this is part of a 360-degree approach to sustainability, allowing some form of circularity.”

As Edited’s Marci added, “Retailers can no longer afford not to be addressing sustainability and we’re seeing more non-secondhand brands adopt circular practices in order to become a more responsible business. Many are now offering buy-back schemes where they’re collecting returns that can be repaired, recycled and resold, increasing the longevity of items and fostering the mind-set shift of ‘buy well, wear forever’ so clothing can continue to be passed down generations.”

With more players entering the fray, fallout is of course expected.

For now, the market is fairly fragmented by country, with leaders like TheRealReal and Vestiaire Collective claiming much of the mindshare in their respective regions, and some niche country specific players catering to more local markets.

So who will the winners be?