Platforms like Zalando, Asos and Amazon are all upping their sustainability game. Could these e-commerce giants be better at regulating environmentally friendly fashion than governments?

A still from GFG's campaign announcing the Earth Edit on it's Russian site, Lamoda.

Scroll down the list of brands stocked by Europe’s biggest online fashion retailer and you won’t find the name Boohoo. Germany’s Zalando dropped the British clothing-maker last summer after media allegations of inadequate hourly wages and unsafe and exploitative conditions for garment workers.

Two other major e-commerce platforms also dropped the brand around the same time. And despite Boohoo’s attempts to remedy its labor force problems, neither Asos nor Next have the brand on sale today. The bad publicity and the ongoing ban by the various platforms saw Boohoo lose a third of its market value over just two days, local business newspapers later reported.

In the future, there may be more stories like this.

Online giants such as Facebook, Google and Amazon have long been criticized for setting the terms on aspects of their businesses most important to them — things like online advertising, personal data sharing and price. Part of this stems from their monopolistic behavior. As yet, nobody has a genuine monopoly on fashion e-commerce in Europe. But given that the COVID-19 pandemic has accelerated the growth and importance of fashion platforms, leaving many brands with no option but to sell through them during multiple lockdowns, could they, too, start setting some rules? And in particular, around sustainability?

As sector analysts at German consultancy eStrategy, put it in a recent report on the topic, platforms and companies can be more agile than governments in setting rules on sustainability in the sector. The fashion industry is known to be hugely polluting and, in some instances, it has become clear that businesses won’t regulate themselves, they argue. Governments can provide regulatory frameworks but businesses are faster and more agile at pushing this agenda, the consultants wrote. “[They] have the flexibility and creativity to take transformative action.”

Additionally, as a spokesperson from eStrategy Consulting explained in an interview, platforms could even be better than governments at this. “What [platforms] decide to do…can have a direct effect on people’s behavior,” he said. “Because they are user-centric. So everything they do to change behavior will always consider user motivation and interests, which very often is a strong driver for adaption.”

Last May, Berlin-based retailer, Zalando, became the first such platform in the world to start using an online measurement tool called the Higg Brand and Retail Module. The German platform, which sold close to 11 billion euros worth of fashion products last year, wanted its suppliers to let them know just how environmentally friendly and socially responsible they were. At the time, Zalando’s director of sustainability, Kate Heiny, told WWD any brands that refused to comply with this kind of monitoring would no longer be sold by the platform. In Zalando corporate speak, that’s called “offboarding.”

And that hasn’t changed, Heiny said this month. “We have very clear ethical standards and our partners need to meet them,” she explained. “Our approach is a collaborative one and we want to work on finding solutions together. But that being said, if we see a brand or partner that is not willing to go on that journey with us, we are willing to take short term losses and make difficult decisions.”

Over the past year, Zalando has “offboarded” five brands, including Boohoo; the company’s policy was not to disclose the other brands’ names.

Despite this, Heiny doesn’t like the idea of Zalando being called a gatekeeper. “That’s not the role we want to play,” she argued. “Yes, we are putting a line in the sand about what we believe. But we want to collaborate to find solutions. Because in order to really make change happen, all the actors on the value chain need to play their part.”

Quaintance-James sees platforms playing an intermediary role: “We are part of an eco-system,” she said. “By encouraging and influencing, and by providing resources and tools, you create more momentum.”

GFG have set up eco-friendly departments within their websites selling to Australia, Southeast Asia and, most recently, Russia. “By creating the consumer demand, we can demonstrate to brands that this makes sense commercially, too,” Quaintance-James said. “Our theory of change around this is that we get better outcomes by collaborating.” 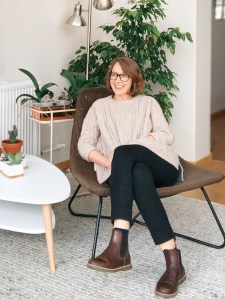 Having said that, she conceded that GFG also dropped a brand last year, though it wouldn’t name names. “And I am sure it will happen again,” Quaintance-James said. “But before it does, we need to see if we can influence a better outcome. Because without our commercial leverage — if we remove a brand — we cannot achieve much change. So my preference is always to try and influence that brand, provide them with resources and tools and encouragement.”

Other European platforms are taking a more circuitous route. They tend to be doing one of several things. Firstly, pushing for reform inside their own companies by emphasizing climate neutrality (which often includes carbon offsetting) and instituting projects for less packaging, deliveries powered by renewable energies or better stock management and less waste through better data. Then secondly, by giving customers a greener edit of goods to shop from; and thirdly, contributing to various pro-environment groups, campaigns and collectives. Few are going so far as to consider more strictly policing the brands behaving badly.

A spokesperson from Otto — a German mail order company that has grown to be one of the world’s largest e-commerce companies, selling everything from furniture and electronics to clothing and making 8.1 billion in e-commerce revenues last year — said product lines are closely monitored.

Otto works with various campaigns, such as for clean cotton and recycled plastic, and had also started making its own basics clothing line where supply chains are even more thoroughly vetted. Other fashion items are labelled using a number of eco-certifications so shoppers can more easily find them.

E-commerce giant Amazon is also putting the onus on consumer choice, having launched its Climate Pledge Friendly shopping program in September 2020. The idea is to help Amazon customers more easily shop for eco-friendly goods that have been certified by various credible environmental protection organizations.

“Sustainability is a huge priority for Amazon Fashion and we are collaborating with the industry to make it easier for customers to shop more sustainably,” a spokesperson from the company confirmed in a written statement to WWD, boasting that there were now 75,000 climate-friendly products available across different Climate Pledge Friendly categories.

However, at the time of writing, a quick search revealed that only around 985 of those products were in the apparel category and of these, only 171 were women’s wear-related and 188 were men’s wear-related. Another quick search in general categories reveals more than 10,000 options for women’s dresses alone. 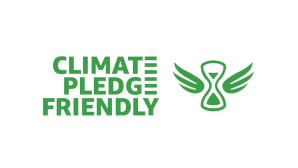 Amazon did not answer questions as to whether it would ever hold suppliers accountable for things like environmental pollution or slave labor. In interviews with other media, Amazon representatives have said search algorithms won’t prioritize the platform’s climate-friendly selection.

Zalando’s Heiny believes that sooner or later, fashion platforms of all kinds will need to take a stronger stand on sustainability and other thorny ethical questions.

“At Zalando, we believe that only sustainable businesses will exist in the future,” she said.

The March 2021 consumer insights survey by consultancy PwC seems to support that, with 55 percent of 8,700 respondents in 22 countries, saying they “buy from companies that are supportive or protecting of the environment.”

The researchers also found that many shoppers have become more health and safety conscious during the pandemic, and that this conscientiousness extends to the environment and society in general. “Behaviors for this group are unlikely to change, even after safety concerns brought about by COVID-19 subside,” the PwC researchers concluded.