Bangladesh is moving further into the circular economy with 30 key brands and businesses on board, and at Pangaia, seaweed and eucalyptus find new form in clothing.

Bangladeshi Garment Industry Bridges Two Realities: As a country with the majority of its economy dependent on garment exports, Bangladesh believes it’s in a prime position to effect change with circularity.

Global Fashion Agenda, together with partners Reverse Resources, The Bangladesh Garment Manufacturers and Exporters Association, and Partnering for Green Growth, announced that more than 30 brands, manufacturers and recyclers have signed on to its “Circular Fashion Partnership” in Bangladesh, on Wednesday.

The partnership aims to put circular economy into practice, finding solutions for post-production fashion waste — a crisis all its own amid the pandemic-sized proportion of sitting deadstock — while scaling up fiber recycling.

Brands like Bershka, Bestseller, C&A, Gina Tricot, Grey State, H&M Group, Marks & Spencer, and OVS have signed up, while a slew of manufacturers and recyclers (including Renewecell, Lenzing and Worn Again Technologies) have also invested in the project since its call for participants in November. The partnership is still welcoming participants via the GFA website.

“We stand at such a critical juncture where we cannot afford to continue this linear model,” BGMEA director Miran Ali, said. “Moreover, demand for circular apparel is increasing and brands are coming with pledges toward it, so as manufacturers we have to embrace it and align ourselves with the global trend. Bangladeshi factories typically produce larger volumes of the same item, meaning that waste is more standardized; therefore, Bangladesh can be a global leader in the area of circular economy. We believe CFP is a good platform to start the journey.”

To that point, Global Fashion Agenda’s Morten Lehmann emphasized the need to “reimagine the production process so that it appreciates the value of textile waste.” He expressed excitement at seeing the early response from participants.

At the summation of the project at year-end, findings will be published in a “Circularity Playbook for Bangladesh,” and the hope would be to replicate success in other countries, such as Vietnam and Indonesia.

While circularity may soon be a reality, a dismal picture still exists for many garment workers in Bangladesh where job losses continue to pile up, not unlike the fashion waste. More than 200 apparel factories in Bangladesh closed shop amid the pandemic, with job losses said to be more than six times original estimates at 357,000 garment workers without work, compared to an original estimate of 56,372, according to a January survey from researchers at the Centre for Policy Dialogue in Bangladesh titled, “Vulnerability, Resilience and Recovery in the RMG Sector in View of COVID Pandemic: Findings from the Enterprise Survey.”

Rubana Huq, president of the BGMEA voiced concern last month over the outright collapse of the industry without sufficient financial resources. As development expands, challenges persist in transitioning the garment sector with equity. 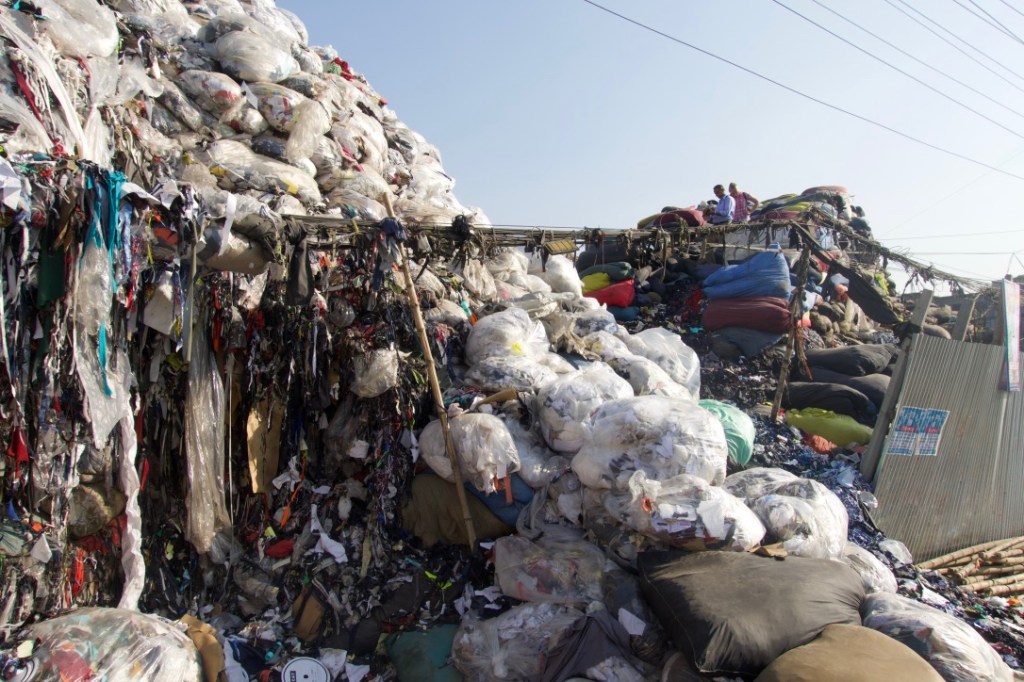 The collection features T-shirt and dress styles in both 100 percent C-fiber and 54 percent C-fiber that differ in weight and hand. Priced between $125 to $295, the styles come in a range of colors, including cobalt blue, black, navy, orchid, rosemary green and persimmon orange, among others.

In the past year, Pangaia built up its reputation as an experimental collaborator, working with Jaden Smith’s consumer goods company Just for its “Just Water” capsule, as well as environmental nonprofit SeaTrees in a coastal capsule, and Japanese artist Takashi Murakami in another capsule collection.

The latest C-fiber innovation — which employs a mixture of eucalyptus pulp and seaweed powder — builds off of the company’s seaweed material it developed in 2019. Because the seaweed is harvested in Iceland every four years (enough time for it to be fully replenished), the material is touted by Pangaia as a natural, regenerative alternative.

While the C-fiber asserts reduced water use and “carbon neutral” properties, the company has yet to produce the lifecycle assessment tests for innovations like C-fiber and Flwrdwn as they are still underway with its team and third-party textile assessment providers.

The material is biodegradable in both a natural and industrial environment and is certified by German research institute TITK (Thüringisches Institut für Textil- und Kunststoff-Forschung e.V.) for biodegradability and has the “OK Compost” certificate from Austrian certification body Vinçotte.

“There is no real limitation for C-fiber, as the natural resources used for the material are abundant and self-replenish quickly. We are also looking at additional sources and streams of seaweed, including waste,” the brand spokesperson noted. 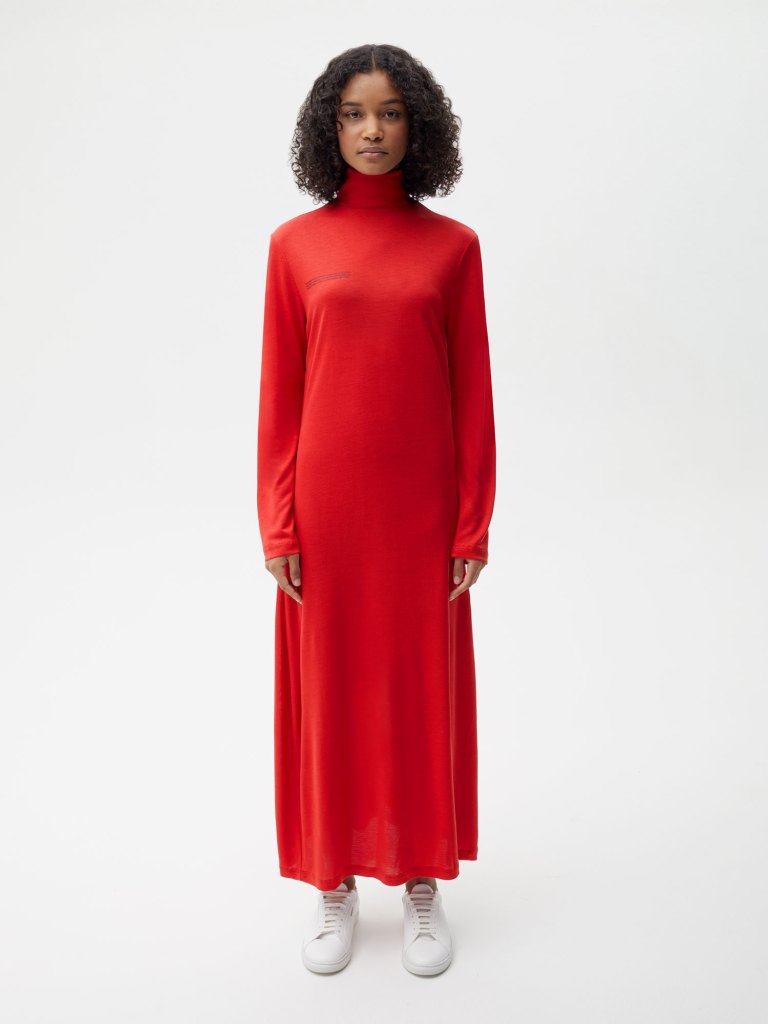 A dress made of C-fiber, Pangaia’s latest fiber innovation.  Courtesy