The creative director and founder of his eponymous label has teamed with Zellerfeld Shoe Company Inc., a Brooklyn-based start-up focused on 3-D-printing manufacturing solutions for footwear, and ConceptKicks magazine founder Daniel Bailey in a new collaboration.

The partnership is Preston’s latest venture and combines his vision (and signature heron bird influences), designs pulled from Bailey’s freeform footwear concept sketches and Zellerfeld Shoe Company’s 3-D-printing technology. The team joined together for a livestream session Tuesday at CFS+, formerly Copenhagen Fashion Summit. It was presented as part of a design challenge between Heron Preston and Global Fashion Agenda’s Design Studio.

“The learnings are to continually challenge to see how far we can push this process and scale it and take it to a whole other level. It’s amazing to see the progress thus far,” Bailey said.

Zellerfeld Shoe Company uses a commercial 3-D printer called the “Monolith.” At $15,000 and standing six-feet tall, the Monolith is large but said to be low-cost compared to other industrial units, according to niche 3-D-printing blogs. It’s a printer and production process that could help democratize footwear.

“Conversation after conversation, [Schmitt] just started taking me through his studio and introducing me to his process and his philosophy of getting a 3-D-printed shoe on the foot of every person around the world,” Preston said.

The footwear material is a thermoplastic polyurethane flexible polymer that uses no glues or water in construction. “As soon as it hardens, you can always reheat it and bring it into another form,” Schmitt said.

Environmentally, the process also bodes well for reducing shipping impact and shortening delivery timelines. “Just ship the file and print it where the printer is,” he added.

The footwear collaboration is all “new grounds” according to Schmitt, who said scaling is entirely different in the realm of 3-D-printed footwear. Shoes can take 24 hours or even longer to be made, according to the engineer, which makes the process more timely than traditional footwear production.

But Schmitt seems eager to take up the challenge. Four years in the making and some 3,000 prototypes later, Zellerfeld Shoe Company’s Monolith machine can print a “flawless” shoe, which is 100 percent recyclable and custom-fitted to the wearer — another perk for sustainability-minded sneaker enthusiasts.

“When that shoe may break down or they no longer want it, consumers can send it back, we break down the material to print another shoe and send it back to you. You technically only own one pair of shoes, and then the cost is really cheap because of the materials,” Preston said. “I just knew [Schmitt] would be the perfect partner to help write the next chapter in my journey in sustainability and exploring and pushing the boundaries of what’s possible in fashion.”

Sustainable footwear was a logical next step for Preston, who has been pushing repurposing clothing and designing it in new ways.

In 2016, Preston partnered with the Department of Sanitation of New York on a repurposed collection, and earlier this year he participated in ReFashion Week, which celebrates secondhand and sustainable fashion. Last month he partnered with Levi’s in a collection called “Mistakes Are Ok,” which embraces the notion that “conscious aberrations” should be celebrated. The line features a range of intentionally distorted men’s and women’s pieces to reflect the reality of manufacturing mistakes.

“The secondhand first philosophy was all about upcycling and recovering what normally would be wasted and giving it a second life – all with the mission of never sending waste to landfills by 2030. It also introduces new people to the playing field who haven’t necessarily been involved with fashion before,” Preston said at CFS+.

There’s no set launch date for the footwear collaboration yet as it’s still in its very early stages, but Preston wants New Yorkers to have access to it “very soon.”

“The vision is to have an experience in New York City where people can come and scan their feet and print their shoes on the spot, limited to 100 sneakers, and have an intimate moment for people for this new technology,” he said. “From there, we’ll see where that takes us.” 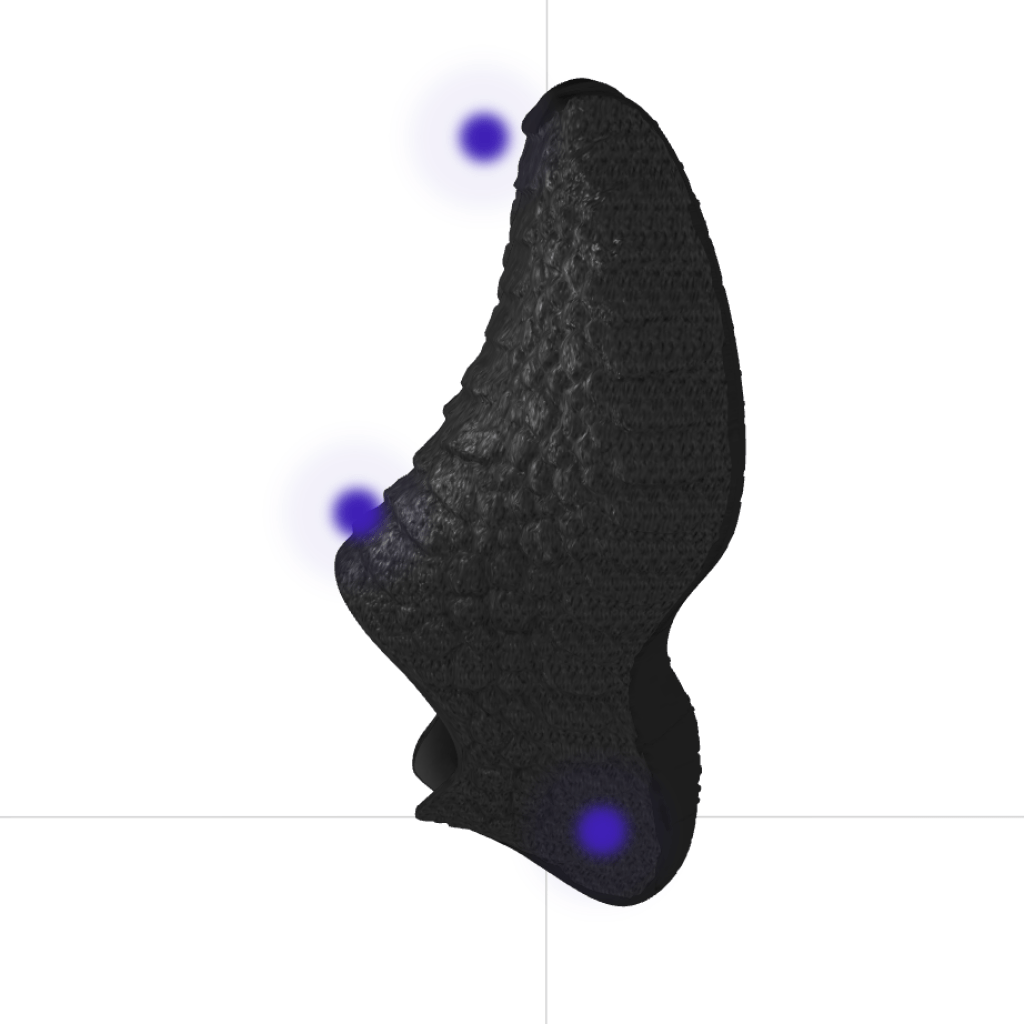