Polartec Continues to Lead the Charge on Sustainability

Now owned by Milliken, the creator of synthetic fleece continues to innovate to stay at the forefront of fabric development.

Polartec has been investing in sustainability ever since it began making its signature Polarfleece out of recycled plastic water bottles in the mid-’90s. Those efforts have increased in the past year under its new owner, Milliken & Co., and will be accelerated later this year when the company introduces a string of new offerings centered around durability and circularity.

“There are a lot of textile companies out there,” said Steve Layton, president of Polartec. “Our way to stay relevant is to continue to innovate and push. That’s really what we’re priding ourselves on, finding new and better ways to continue to raise the bar on performance functionality and sustainability. Our history is a great badge we can carry to provide consumers with a choice. If they see [the name Polartec], they know there’s going to be a certain level of quality and care associated with that product.” 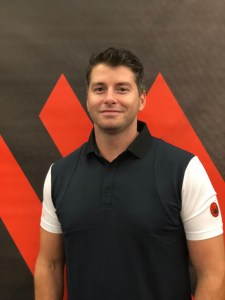 Polartec can trace its history back more than a century. The company was called Malden Mills when it was founded in 1906, focusing on upholstery fabrics and then military fabrics during the two World Wars. In the 1950s, it turned its attention to apparel, and 20 years later, it developed a synthetic fleece that caught the attention of Yvon Chouinard, owner of a small mountaineering company named Patagonia. Together, they introduced this wool alternative to the sportswear market and Malden Mills renamed it Polarfleece and trademarked it in 1981.

After cheap overseas imports forced Malden Mills into bankruptcy three times, the company was renamed Polartec and refocused its efforts on activewear and lifestyle products — categories that appealed to Milliken, which was interested in breaking into that end of the market.

Since the acquisition, Layton said Polartec has benefitted from a parent company that has proven it is willing to invest to help Polartec continue to be a leader in apparel fabrics with a focus on sustainability. “Even during a pandemic when everyone is shutting and cutting corners, Milliken has really doubled down on Polartec,” he said.

Layton said that immediately after the sale, the team sat down and laid out just what the Polartec brand stood for. “We came to the conclusion pretty quickly that our goal as a brand is to discover new ways to allow passionate people to reach their peak,” he said.

In order to achieve that goal, he said Polartec began working with top-quality researchers, both within Milliken and outside the parent company. “We have to acknowledge that we’re not always going to be the smartest people in the room so while we invest a lot in research and development, we do lean heavily on our partnerships and our networks,” he explained. “We work with universities and PhDs and different labs because they’re dedicated full-time to this. That’s a big way for us to stay ahead — to hear what people are saying and then put it into a practical application in our products.”

So unlike competitors who often just wait to see what is developed and then “copy it,” Polartec is committed to “investing in R&D and working with the scientific community” to stay one step ahead.

“We don’t want to offer the things that had been offered 20 years ago,” Layton said. “It’s always about moving forward and finding better ways to create value for our customers. That value is based in both the form and function of our fabrics, the materials, how we make them, but ultimately, that trust we carry because of all these years of innovation that let people know that they can depend on Polartec.”

When Milliken acquired Polartec, the brand offered some 400 fabrics and operated two factories in the U.S. Since the purchase, Layton said the factories have been retained and the fabric offering has actually been increased. “You’re actually going to see more products that are a combined effort,” Layton said, “taking what Milliken knows and what Polartec had been working on and enhancing those from a functionality standpoint. This has really been a play of addition rather than subtraction.

“If we have to talk about deferred revenue for upfront investment, that can happen with Milliken as an owner and it may not have happened before,” Layton added.

So in the second half of the year, Layton said to expect some new offerings from Polartec that are focused on what he described as “four product mandates.”

The first is centered around durability, a topic that also speaks to sustainability. This can mean everything from ensuring a product doesn’t rip, pill or smell too badly to wear in public. Polartec is leaning into Milliken’s expertise in both the military and workwear markets to meet this mandate and create products that consumers will want to wear for 10 or even 15 years.

The second mandate is what Layton referred to as “smart chemistry.” The goal is to produce pieces that repel water and are PFC-free.

Third is reducing shedding, which can release microplastics into the atmosphere. “We took a lot of time to figure out why our products shed,” he said. “Was it the materials, the manufacturing processes? We’re investing in that but we’re also using more natural fibers so if something does shed, we’re not dealing with a microplastic issue.”

The final mandate, which Layton deemed the most important, is the issue of circularity. “My definition is you have a product made from recycled materials that is going to last a long time, and at the end of that life, you can recycle it and use it as a raw material for a similar product.”

Although Polartec has repurposed more than 2 billion plastic bottles, Layton said this is still a linear process and the focus going forward will be on both materials and processes to achieve true circularity.

These mandates are expected to address the needs of Polartec’s key customers which range from the U.S. military and the big outdoor brands such as Patagonia and The North Face to lifestyle labels like Houdini and sports brands such as Under Armour. “We have a lot of cool niche things in Italy and Japan as well,” he said. “We touch a lot of different categories because consumers understand whether they’re in the outdoor space or the lifestyle space that the Polartec brand is going to carry that piece forward.”

And carry it forward with an eye always on the brand’s environmental footprint.