A backstage picture from the editorial shooting for the MQBMBQ project supported by Converse.

MILAN — Converse is expanding its support of international youth communities and their creative projects — all with an inclusive bent and in sync with the times.

As part of its ongoing initiative Spark Progress, aimed at supporting creativity, and the All Stars program, a global community-focused range of initiatives that include mentorship, funding and commissioning projects, in Italy the brand is partnering with and giving free creative rein to Jordan Anderson, a young Milan-based journalist and creative director.

Anderson is being supported by Converse in further developing his My Queer Blackness, My Black Queerness, or MQBMBQ, digital project started last June to coincide with Pride Month and as the Black Lives Matter movement was gaining momentum globally.

“I wanted to do my part in doing something, [with] a project that had some sort of impact and so I got some friends on and we decided to do a fundraiser, not only for Black lives, but for Black trans lives,” Anderson said about launching MQBMBQ in an exclusive interview with WWD.

That seminal initiative spotlighted 10 Black trans women from all over the world via written interviews and initiated a fundraiser that helped amass 12,000 euros to benefit the FortheGworls and Transwave JA organizations, both of which assist trans people with health-care and welfare expenses.

Called “The Queer Black Italian Experience,” the new chapter supported by Converse follows the same theme but is focused on the everyday experiences of Italian Black queer people nationwide via editorial images lensed by Afro-Italian photographer Silvia Rosi and written interviews that look like stream of consciousness writings one would find in a secret diary.

For instance, a guy named Timothy, who’s “very androgynous he could pass for a female walking down the road,” recounts being misidentified for a “beautiful woman” by an Italian lady. Anderson said he found Timothy’s reaction “interesting” in that he thanked the lady and was not offended at all, showing acceptance of his queerness.

Among the 10 talents involved, Anderson said the vast majority are of the creative kind and include singers and dancers.

“I think honestly in our generation everybody is a creative, everybody in their 20s is a creative and so [even though] I wasn’t necessarily looking for them, I ended up finding a lot of creative people,” he explained.

“The objective of this [project] is not to necessarily say that for Black queer people life is all hard and it’s all terrible but it’s to show the different perspectives,” Anderson offered.

Especially because he was faced with a harsh reality upon coming to Italy from his native country of Jamaica — one dotted with episodes of racism and even queerphobia. As a result, Anderson wanted to hear from Black queer women, trans women and boys and build a virtual community in the country.

“This for me is just a Black queer space that I’m building with Converse, a safe space to just talk about your experience…We do not necessarily have to talk always about racism, it’s just talking about whatever we feel is going on at the time, whatever is bothering us and it’s [about] offering that type of freedom to the Black queer youth in Italy,” he contended. 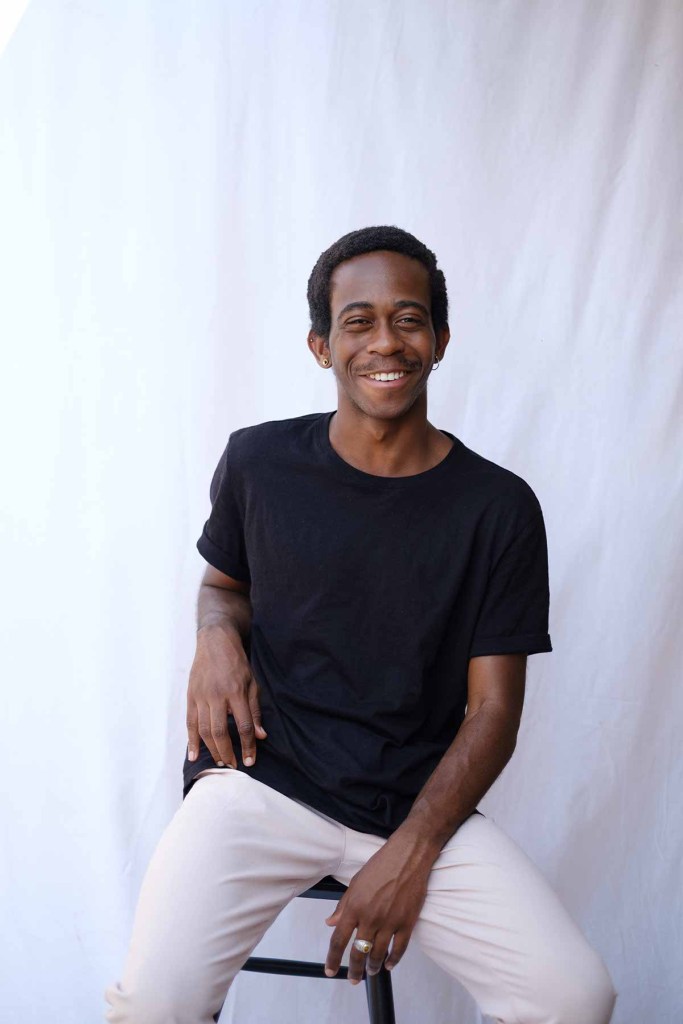 “My objective in doing this — especially because Converse was so supportive and gave me complete creative freedom, which I think was amazing, as a lot of brands don’t do — was to just show that we exist, that there’s something that needs to be said and these 10 different voices are only a sample from the entire community of Black queer people in Italy because there’s literally so much more, and so much more to be said,” he continued.

“I don’t know why, I guess it’s because [Italian fashion companies] don’t have enough interest, and that’s something I’m also working on, that’s something I hope to help with, not just speaking of Black queer talent but speaking of Black talent in general in Milan. I think there’s so much that could be done and needs to be done,” he added, noting fashion cities such as New York and Paris boast more equal representation.

Anderson wishes to capitalize on the partnership with Converse until next year and potentially add a charity side to it. “There’s a charity that is under the head of Arcigay in Milan that speaks to Black immigrants, Black queer refugees and we’re hoping eventually sometime next year [to launch] a platform where we can raise money for that charity as well,” he said.

The young creative also offered that he plans to develop a ‘zine as part of the tie-up with Converse in order to be able to highlight “the variety of the beauty of queer blackness in Italy,” thus adding more stories and experiences to the compendium the MQBMBQ project is establishing. 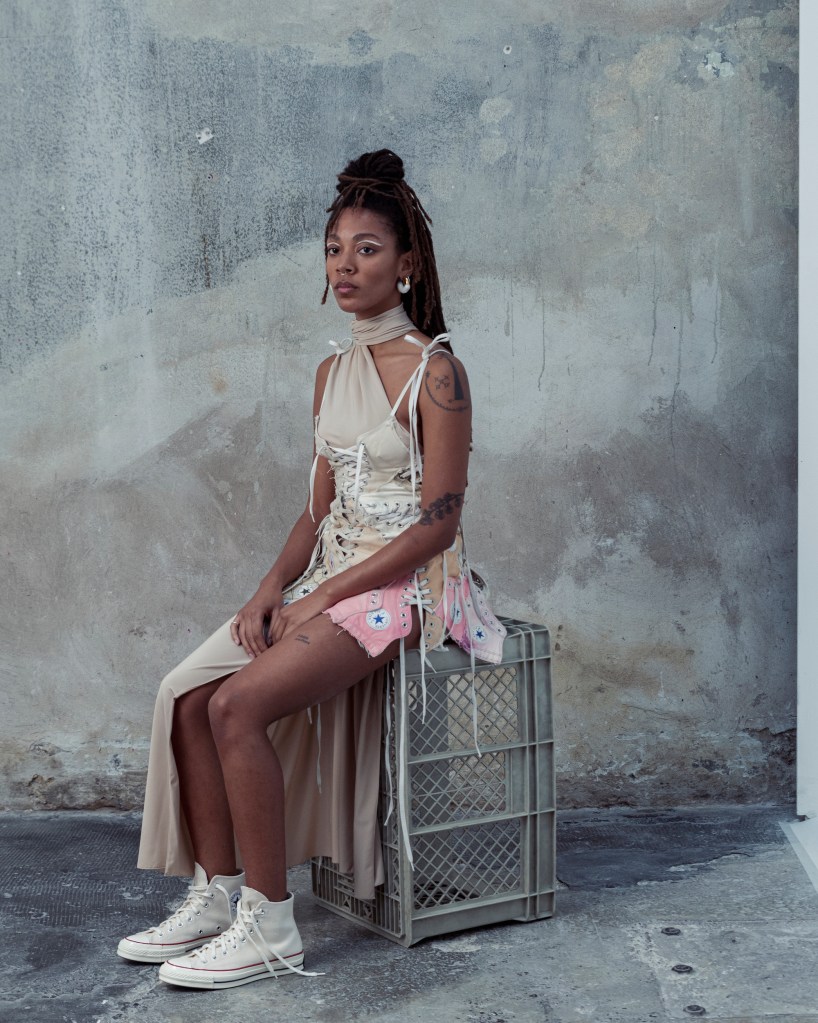 A backstage picture from the editorial shooting for the MQBMBQ project supported by Converse.  Laurent Bentil/Courtesy of Converse.

The Converse All Stars program extends globally, with each country or city identifying areas such as inclusivity, sustainability and youth development in which they can spark youth progress.