Fashion Makes Change launched to "align industry, nonprofits, investors and customers in the transition to a sustainable world."

Can a new industry-led sustainable community bring about social progress faster than those before?

FMC launched Tuesday as a brand-led community billed as a “transformational ecosystem” for fashion, reimagining collaboration, climate action and gender equity amid a technological and social revolution long overdue for the industry.

The community is looking to make education the great “equalizer” for underrepresented groups, namely female garment workers, while collectively tackling the climate crisis. The organization is a project of Rockefeller Philanthropy Advisors, a nonprofit consulting firm that advises institutions, individuals and families on philanthropy.

“The truth is that the old way of doing things is not solving the problems. Incremental change isn’t good enough. We are moving too slowly,” Smyth stated. “Education is the great equalizer. In particular, investing in women builds resilient communities. Catalytic ecosystems that foster profound collaboration are powering the next generation of sustainability and are the only sensible path forward. We have a finite number of days before irreversible global warming. Fashion — and the world — are racing against the clock.

“Fashion is wonderfully powerful,” she continued, citing the $2.5 trillion global industry that has helped boost apparel manufacturing-based economies like Bangladesh, which typically earns $35 billion annually from its clothing exports — since dented by the pandemic and brands’ cancellation of orders.

Simultaneously, fashion can also be harmful via its social and environmental impact. “How can I affect change in my corner of the world? That’s what we’re seeing bubble up. What’s my own personal power?” probed Smyth.

According to fashion human rights nonprofit Remake, 75 million people are involved in producing apparel today, with the majority, or 80 percent, of apparel made by young women of color between the ages of 18 and 24. A history of abuse and exploitation dots the low-cost labor model that drives the global fashion industry, including low wages, unsafe working conditions, low status and workplace skills, irregular and excessive hours, harassment, violence and discrimination.

As for the environmental damage, reports like the recent “Fashion on Climate” report cite the industry’s carbon footprint, which is on par with the total emissions of France, Germany and the U.K. combined.

Over the years, global brands and retailers have committed resources to mitigating the disparities plaguing the industry’s lowest paid workers. Why haven’t efforts resounded as deeply as in recent months?

“The fashion industry has put competition aside. Instead, we are working together on supporting and developing an Environmental, Social and Corporate Governance management approach. It feels hopeful and it feels powerful,” Smyth said. For the record, FMC would be an example of the “S,” or the social side.

FMC’s first fund-raising activation launches on March 8 for International Women’s Day and engages brands, retailers and consumers in the mission to educate women in the global supply chain by 2030. Specifically, the program offers consumers the ability to “round up” their purchases to the next-highest currency amount, donating via a global network of retail and fashion brands. For example, a consumer buying apparel that costs $49.95 could “round up” the amount paid to $50 or another even amount, with the balance going toward FMC. Likewise, individuals and corporations can make contributions directly at Fashionmakeschange.org starting Tuesday, with no end date in sight.

Funds collected will be deployed for on-the-ground women’s education and programming through RPA, benefiting the Empower@Work Collaborative, which builds upon the work of social nonprofits, decades in existence and emphasizes a unified worker training toolkit that prioritizes modules in leadership, financial literacy and problem-solving.

Although FMC only just marked a formal debut, the organization previously signed on to other industry-led coalitions. In August, FMC joined with Fashion for Good, Sustainable Apparel Coalition, Textile Exchange and others in the “Fashion Conveners,” an industry alliance centered on a radical transformation of the fashion industry through collective action. Smyth confirmed the members speak monthly and updates are coming soon, as the web site indicated.

Criticism has risen recently over the lack of progress and accountability from brands, as well as the duplication of efforts. Smyth affirmed greater interaction between groups as the key to future problem solving, with no single individual being the decision-maker.

“This time of the ‘other’ is over. Everybody is responsible,” said Smyth, speaking of the roles of individual consumers, brands, government and nonprofits in “unlearning” and designing a better system.

Smyth again referenced the blow the coronavirus dealt to a multitude of stakeholders. “Should workers be at the center? Absolutely, I think of the visual of when consumers stopped shopping amid the pandemic, as brands and retailers tried to survive. It’s a reminder of just how many livelihoods we tried to support. If the system stops, the system stops. How do we create a healthier system?” asked Smyth.

“A lot of the issues that were there are just more and more visible. Technology and collaboration will be the two different things that will change our generations to come and our business,” she added.

The collective catalyst of FMC doesn’t start and end with one fund-raising activation, according to Smyth. Four more activations are slated for 2021, all designed to create greater alignment with the United Nations Sustainable Development Goals, namely SDG 3, good health and well-being; SDG 4, quality education; SDG 5, gender equality, and SDG 8 which addresses decent work and economic growth.

“Business is still an engine of good, it’s been an engine of bad in ways, too,” said Smyth, adding, “The more questions people ask, the more transparency will come.”

On the latter, the organization’s web site will display campaign progress, among other details. Separately, board members of FMC will be revealed in January. 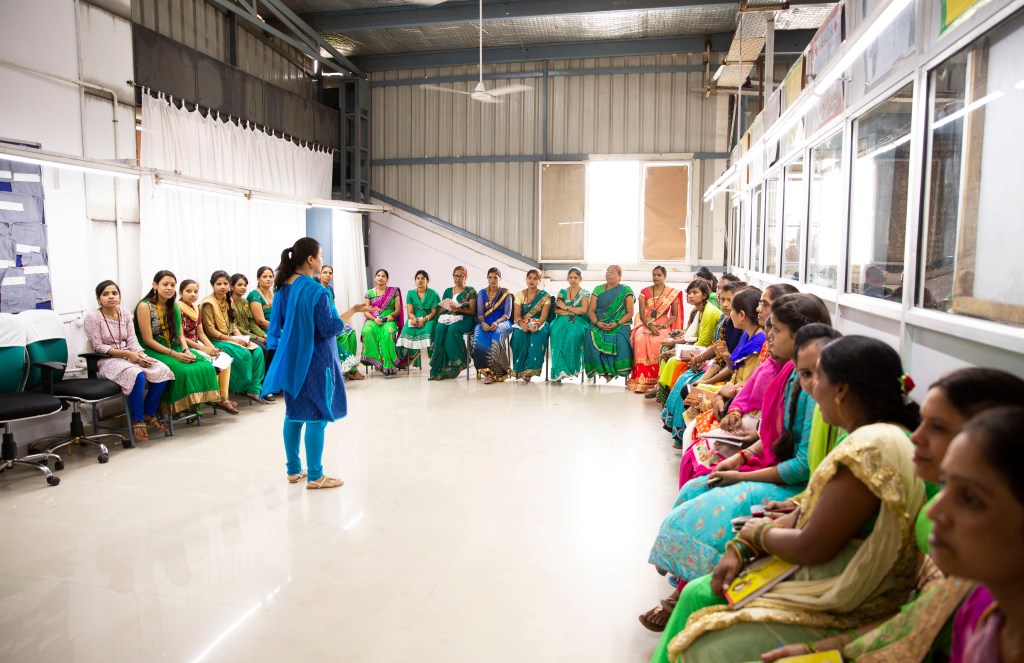 Short Takes: Don’t Forget the Garment Workers During This Crisis