Newly named as the Green Carpet Fashion Awards' "Best Independent Designer," Sindiso Khumalo has her own plans for sustainable fashion.

Sindiso Khumalo is having a moment. Or, really, a year.

The Cape Town, South Africa-based sustainable textile designer, a 2020 LVMH Prize finalist and, as of last Saturday, the Green Carpet Fashion Awards’ best independent designer, believes fashion has power — and she’s doing her part to wield it for good instead of just gain.

“It’s about changing a community based on a fashion order. That’s what it’s about for me. And changing how much money comes into someone’s life who may have not had that opportunity,” Khumalo told WWD. “It’s sell a dress to this luxury shop and then let’s change this community, get people out of poverty.”

In a virtual reality, pandemic-appropriate extravaganza, Khumalo accepted the best independent designer honor from the Green Carpet Fashion Awards, which celebrates the best in sustainable fashion. On Instagram Sunday, the designer said, “Thank you for believing in us and the work we do…Here’s to building a bright new future for our beloved continent. Siyabonga.” Siyabonga means ‘we thank you’ in Zulu and Ndebele, which are part of Khumalo’s heritage. 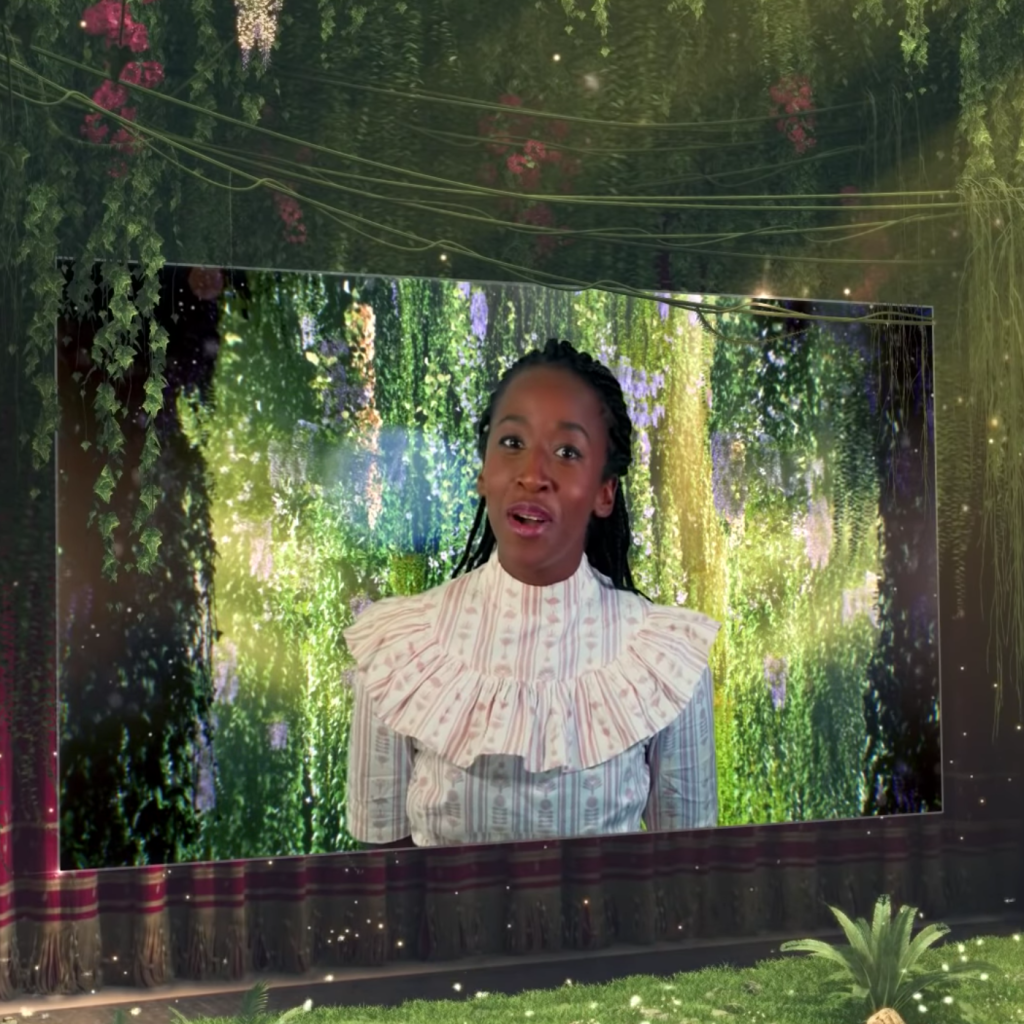 The work that she does for her brand, which is gaining increasing attention, focuses on sustainability — Khumalo uses textiles made from materials like organic cotton and hemp, and doesn’t engage in mass production — but the designer is also focused on expanding her sustainable efforts to embrace social impact and empowerment.

Much like fashion is finally beginning to force a conversation around diversity, Khumalo said sustainability is a concept that could benefit from being more inclusive, too.

“The conversation, I feel like, has been quite sort of one directional really coming in from the West speaking mainly on environmental issues — which are 100 percent really important — but I do think when we’re talking about sustainability I usually take it from a poverty alleviation angle,” Khumalo said. “If you look at any poor community in the world, whether it’s in Mumbai or Cape Town, there will always be pollution or some environmental issues going on there, like the water in Flint [Michigan] that was contaminated. So, for me, I really do believe environmental issues and poverty alleviation, they’re inextricably linked.”

To produce her playful but profound spring 2021 collection, an ode to iconic American abolitionist Harriet Tubman, which debuted in her first solo show during Milan Fashion Week (albeit virtually), Khumalo used handwoven Dafani cotton from the brand’s workshops in Burkina Faso, while details like hand embroidery and hand crocheted pockets came courtesy of women employed through a Cape Town NGO that helps women move out of exploitative sex work and into something safe and stable. 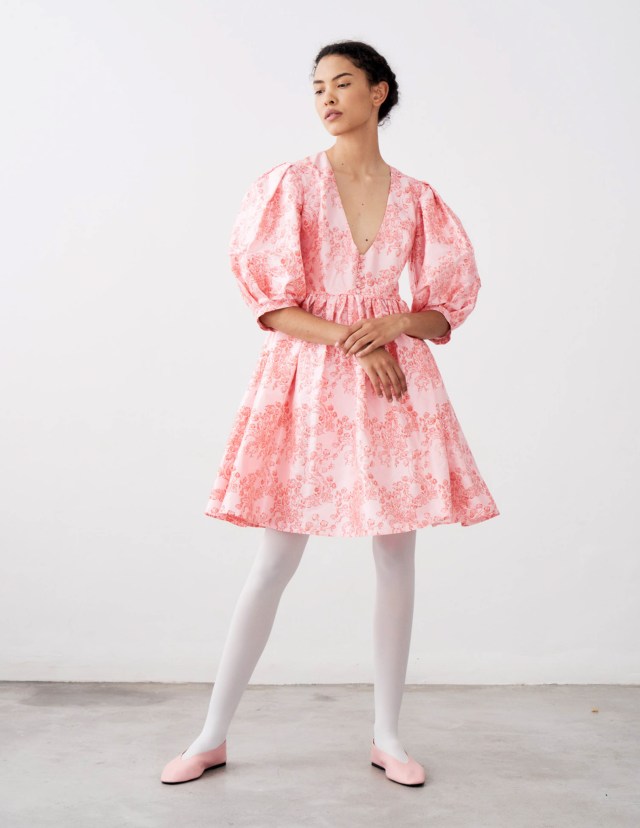 “There are many ways of being sustainable,” Khumalo said. “When I work with the sex workers that I’m training…to make sure they don’t go back to that, that for me is part of my sustainability.

“I just don’t believe you can just buy loads of organic cotton and be a sustainable designer. I feel like you’ve got to do lots more work than that,” she added. “We have to understand that it can’t just be about materials. It has to be about your value chain. It has to be about people.”

For sustainability to truly be sustainable, it must consider things like preferred materials and poverty alleviation in tandem — with diversity factored in, too.

Whether fashion has grasped this or not, diversity and inclusion have everything to do with business sustainability. Anti-racism isn’t just an of-the-moment issue to address with offhand efforts. And bringing new and different voices and faces to the fore was part of what put Khumalo on a path toward sustainability.

But beyond sustainability in the environmental sense, Aurora James has been more than just an inspiration for Khumalo.

James’ 15 Percent Pledge, launched last June as a call for major retailers to pledge 15 percent of their shelf space to Black-owned businesses since Black people make up nearly 15 percent of the U.S. population, brought Khumalo 5,000 new social media followers within a week and ramped up awareness of the brand.

“Aurora’s pledge has really made people kind of wake up and look at what they are putting out there and have them put the work in to find new designers of color,” Khumalo said. “I really do believe there’s been a lot of positive work that’s been going on post-George Floyd that I think is really beginning to change the game, change the status quo.”

Changing the status quo also means changing the stories being told, and for Khumalo that means weaving activism into fashion’s fabric, too.

Dubbed “Minty” for Harriet Tubman’s nickname, Sindiso’s spring ’21 collection draws on silhouettes of clothing seen on the leading “conductor” for the Underground Railroad, which helped lead enslaved people to freedom. Pieces in the collection also feature the storied cotton plant so indelibly linked to slavery as a print that repeats throughout the line.

“When slavery was happening, these plantations looked beautiful and these women were so beautifully dressed and then there was this dark side that nobody really acknowledged, how inhumane and dark this was around the beauty. I almost wanted to create that similar tension with this very beautiful dress…but it’s a cotton plant which was picked by a 6-year-old. My son is 6, and the idea that my 6-year-old son would be out there every day picking a plant and being beaten with a whip…I wanted to try to portray that,” Khumalo said. “It’s really important to talk about this violence on Black women but to talk about it in a compelling way that brings people in because this violence on Black women has been going on since Harriet Tubman’s time…If we don’t tell these stories of our iconic Black women then they’re going to disappear…It’s just very important to talk about these women and to educate and to use my platform and use fashion as the tool to educate people on Black history and Black culture.”

It’s a storyline that speaks to the kind of multifaceted, multipurpose definition of sustainability the fashion industry should be working to embrace.

Regardless of who may or may not be on board with fashion doing work that stretches beyond dressing people, Khumalo intends to continue taking up the task.

“What I want to do is just grow the business and carry as many people with me as we grow,” she said.