The recognition is given to U.S. companies that create nondiscriminatory workplace policies, offer equitable benefits and publicly engage with the LGBTQ community.

Tapestry continues to make progress in its commitment to creating a more diverse workforce.

The fashion house — parent to the Coach, Kate Spade and Stuart Weitzman brands — has been named the best place to work for LGBTQ equality by the Human Rights Campaign, after receiving a perfect score on the advocacy and political lobbying group’s 2021 Corporate Equality Index.

“We strive to foster an inclusive culture and to champion the individuality and diverse perspectives of our people,” Joanne Crevoiserat, chief executive officer of Tapestry Inc., said in a statement. “We are incredibly proud to receive this recognition for the seventh consecutive year, and will continue to take action on our commitment to ensuring that all of our employees feel respected, supported and valued.” 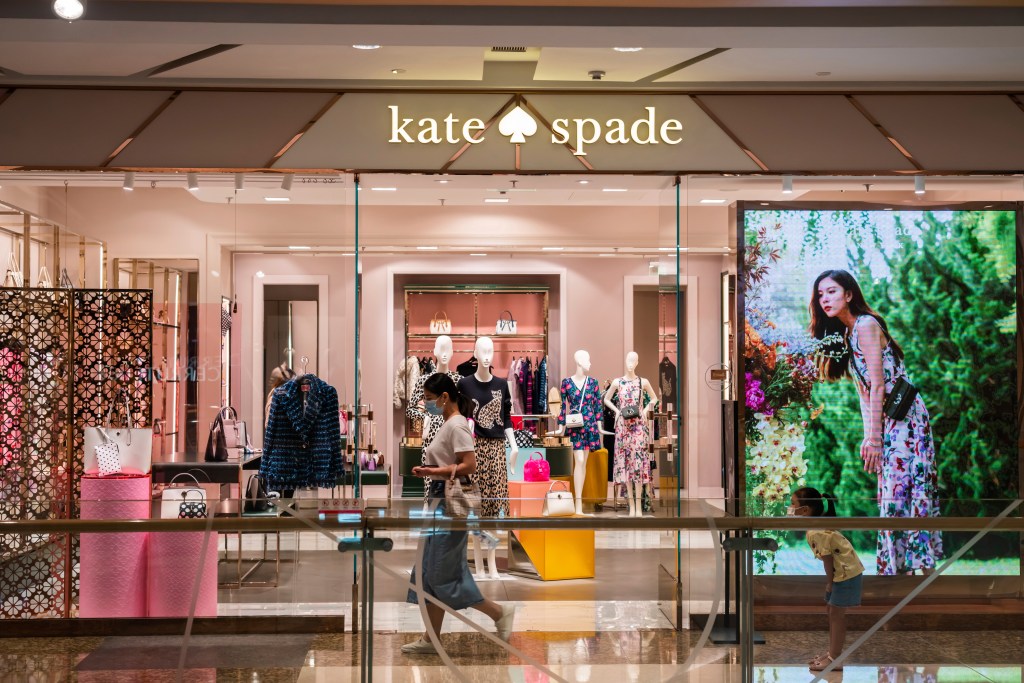 Kate Spade is also part of the Tapestry portfolio.  Sipa USA via AP

The “Best Place to Work for LGBTQ Equality” recognition is given to companies that have taken concrete steps to satisfy the CEI’s three key requirements: create nondiscriminatory workplace policies, offer equitable benefits for LGBTQ employees and their families and publicly engage with the LGBTQ community to support an inclusive culture.

In addition to the Human Rights Campaign recognition, Tapestry is a member of the CEO Action for Diversity & Inclusion initiative, created its own Inclusion Council in 2019 and launched three employee resource groups in the last year, including one dedicated to celebrating LGBTQ employees and allies.

Last May, the company released its 2019 Corporate Responsibility Report, outlining, among other things, its intent to create a more diverse workforce by hiring more women and ethnic minorities in leadership roles.

As of June 2019, three out of Tapestry’s eight board members were women, while four were ethnic minorities. That same year, women made up approximately 60 percent of leadership positions within the company. The exception was in the boardroom, where 62.5 percent were men and 37.5 percent were women.

Across ethnic lines, the board was split 50 percent caucasian and 50 percent minorities, while 70 percent of leadership teams in North America, including Puerto Rico, were caucasian, with just 20 percent noncaucasian and another 10 percent unspecified.

The fashion house continues to evolve on a larger scale. In the last year alone, Tapestry has changed its entire C-suite — including making Crevoiserat its permanent CEO,  the first woman to lead the company and one of the few female CEOs in Fortune 500 companies, following the abrupt departure of former CEO Jide Zeitlin, in July after 2007 #MeToo allegations resurfaced — pursued global expansion and implemented technologies that have altered the consumer shopping experience.